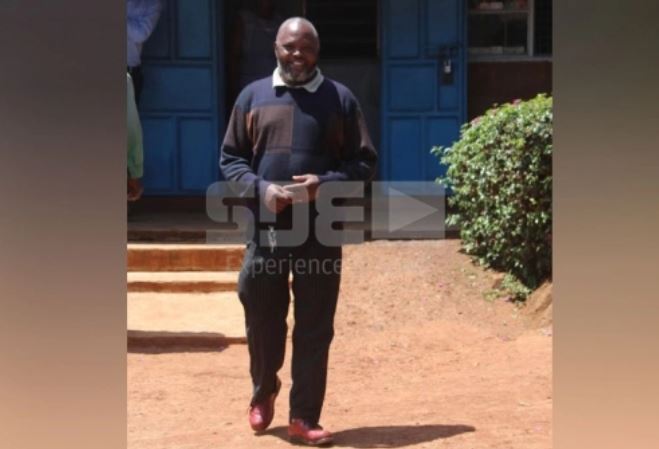 The Kenya Certificate of Primary Education examination kicked off on Tuesday with a total of 1,003,556 pupils writing their tests in 28,566 centres.

Among the over 1 million candidates sitting this year’s national exams is a 52-Year-Old pastor from Embu County.

John Rutere Mugo, a father of two, is tackling his exams at an adult education exam centre in Embu town. He dropped out of school 32 years ago.

Rutere, who ministers with Yahweh Restoration Assembly Church – Gikuuri, dropped out of school at Standard Six at Rukuriri Primary School in 1985 due to hunger.

His parents had divorced a few years earlier and his father had remarried but his step-mother would deny him and his siblings, food.

The introduction of the 8-4-4 system was the final nail in the coffin as it meant he would spend an extra year in school, something he was not enthusiastic about.

“Though I was a bright pupil, the thought of staying in school for an extra year seemed like a decade to me. I quit school and went to engage in casual work,” he told SDE.

In 1996, he enrolled in Bible School in Eldoret where he went on to become a pastor.

“As a pastor, I have to write letters and respond to others. I have to read and sign official documents. I have to work with computers. All these require some level of education and this constantly nagged me to go back to school,” he says.

Despite the various challenges that come with pursuing education at an advanced age, Rutere hopes he will perform well and earn a spot in a good secondary school.

He says his children’s excellence in school and the fact that his wife, Lucy Rwamba, has a diploma gave him the impetus to pursue education to the highest levels possible.

Loading...
Rachel Shebesh’s Husband Shoots Himself in Freak Accident < Previous
Ujaluo Issa Lifestyle: You Won’t Believe What a Luo Man Has Done to His Mercedes (PHOTO) Next >
Recommended stories you may like: