Roseline Odede: “I Scored Highest in Interview for IEBC Chair But I Don’t Know Why I Wasn’t Picked” 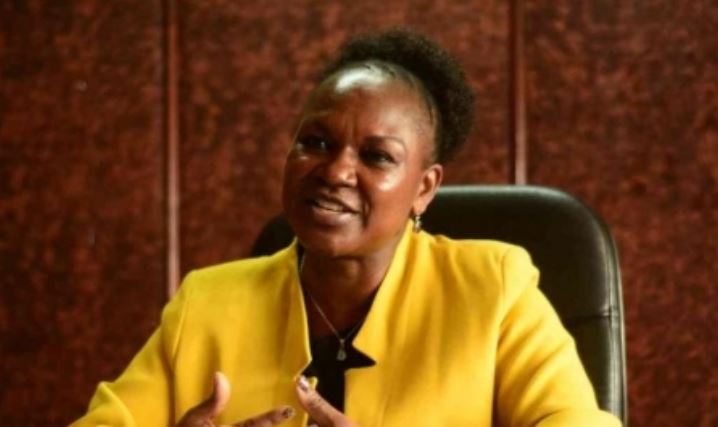 Lawyer Roseline Odede Adhiambo spoke to The Nairobian about greed and power, the likelihood of a woman succeeding Justice Maraga as CJ and corruption in the Judiciary.

She also reveals that she emerged with the highest score for Chair of IEBC but wasn’t picked for reasons unknown to her.

It is true that I was interviewed and emerged with the highest score.

Why, in your view, were you not picked?

I cannot tell why I was not picked, anything I state would be merely speculative. I am aware the Chairperson is picked by the President from two names forwarded to him, so it is not a given that the top performing candidate gets the job. I am also a strong believer, and I asked God that if it is His will, I would get the opportunity, so I believe it was not God’s will for me.
But then why would you apply for that thankless job given the manner its bearers are abused and hounded out of office?

I would not refer to it as a thankless job. I believe it all depends on the attitude and approach one takes on the outset. The tasks are properly guided by law, and if one understands and applies the law, keeps a checklist, and ensures compliance, it should be easy to ensure a credible process.

Having observed IEBC from the sidelines, what would you have done differently if you were in Wafula Chebukati’s shoes?

I cannot say that I know where Chebukati has gone wrong, or if he has gone wrong at all. I would just reiterate that fidelity to the law, transparency, communication and information sharing should get the task done.

Watching him being taken through the wringer, did you sigh and say, “Phew! I am so glad I didn’t get that awful job!”?

Not at all. I believe that if God granted me the job, He would have given me the grace to handle it.

Dr Roselyn Akombe said the biggest problem with IEBC is that it has two centres of power. How would you have navigated your way?

Team work and inclusion are key management skills. It is important to respect and understand each and everyone of your team members. It is also important to impart to the team the need for legal compliance and fidelity to the task at hand.

There was massive and open voter bribery during the campaigns. Why is it so difficult to curb this?

I think that IEBC has not been able to enforce compliance due to lack of capacity. They need to collaborate with other sectoral players such as the ODPP (Office of the Director of Public Prosecutions), police and the media to be able to effectively investigate and prosecute all instances. The voter also helps to propagate the vice, and would not be willing witnesses in any process.

How can we fix the weaknesses in our electoral system?

Our electoral processes are not weak. The last parliament made a lot of amendments to the law to improve the same. We now have provisions for EVID (Electronic Voter Identification Devices) and for KIEMS (Kenya Integrated Elections Management System). The problem is not the law, or absence thereof, the problem is manipulation of the law. We should move to the stage of identifying those who manipulate the law and prosecute them. This will act as a deterrent.

You were Vice Chair of the Judges and Magistrates Board. Which is the most disturbing case that you dealt with?

To be honest, there were no disturbing cases at the vetting board. We developed a vetting matrix which enabled us to approach every case in a similar manner and to have very consistent decisions.

What would you list as the biggest weaknesses among the judges and magistrates that you vetted?

Judgment writing skills. This was taken up by the Judiciary and skills enhancement training carried out. That has led to great improvement.

Is it really possible to eradicate corruption in our judicial and electoral processes?

Yes, it is possible. Corruption is a problem that bedevils all sectors of the society and should be approached as a national vice. We need to have value enriching programmes, prosecution of offenders and severe repercussions across the board for persons engaging in corruption.

The problem is that we have sacred cows in the fight against corruption. We glorify rich people without questioning the source of their wealth and passively knowing it has been obtained corruptly, we reward corrupt people with more power. We need a national conversation on values and weeding out of corruption.

Why are Kenyans more likely to ignore upright candidates and vote for crooked leaders?

Because we lack values and glorify wealth. The voter is so rooted in receiving handouts that a less endowed good candidate rarely stands a chance to win. Our political parties also fail us by fielding corrupt candidates. IEBC and political parties should vet all candidates and bar all persons known to have benefited from corrupt deals from vying. Parties that continue to associate with corrupt individuals lose the moral authority to query corruption, and that’s a big problem.

As a senior advocate, does our current ‘political crisis’ call for a constitutional referendum? On what issues?

I think we need to review the Constitution holistically to identify gaps and areas for improvement through public participation before any amendments are undertaken. Patchwork may not address all problems. There are feelings of exclusion and people have talked of the need to dignify the opposition.

But I believe we should not be reactive, but should be proactive by reviewing the entire Constitution, and address all these issues together, not through public participation processes that collates views from the public, before a referendum can be called for. As they clamour for those amendments, the women of Kenya are also eagerly awaiting the implementation of the two-third gender rule which can be achieved by constitutional amendment. So, I believe a holistic approach would be more inclusive and thorough.

In your judgement, do you envisage a female Chief Justice in the foreseeable future?

It is possible for our current DCJ to ascend to the office of Chief Justice when the incumbent retires, and we wish her the same. I would also say there are several very able and competent women in Kenya for the position, and I concur it is very possible. It is not for lack of a suitable or able candidate.

Loading...
Don Moen: “Gospel Music Is Not All About Good Beats and Groove.” < Previous
“The Day I Meet Ken Wakuraya…” Woman’s Feelings for Inooro TV Presenter Will Make Your Day Next >
Recommended stories you may like: