Kalonzo Musyoka Speaks Up on Wife’s Condition Amidst Death Rumors 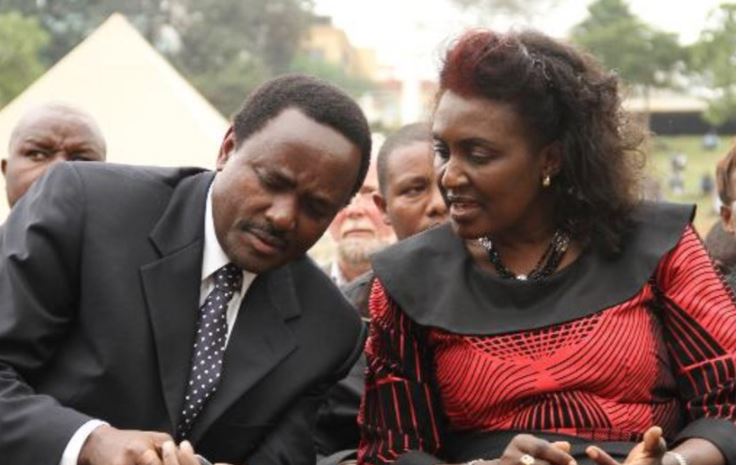 Kalonzo Musyoka’s wife, Pauline Kalonzo, is one of the more recent high profile figures to be killed by the internet.

Pauline, who works with the Central Bank of Kenya, has been on a medical leave for over a month. She has been receiving specialised treatment for an undisclosed illness in Germany.

According to reports, her health problems started in 2015 and she has been in and out of hospitals until she was flown to Germany.

Kalonzo, who left the country on October 11 to be by her side, has spoken up about her condition, dispelling rumors that she had passed on.

Speaking to Mbaitu FM on Wednesday morning from Germany, Kalonzo said his wife is still unwell and receiving treatment.

Makueni Senator Mutula Kilonzo Jnr also condemned the death rumours saying: “Those circulating rumors of the well being of Pauline Musyoka should stop. She is well and we should all pray for her quick recovery.”

Loading...
Papa Shirandula’s Kawira and Hubby Expecting as They Celebrate Third Year Anniversary (PHOTOS) < Previous
PHOTOS – Lawyer Donald Kipkorir Turns to His Italian Tailor “to Heal From Political Trauma” Next >
Recommended stories you may like: