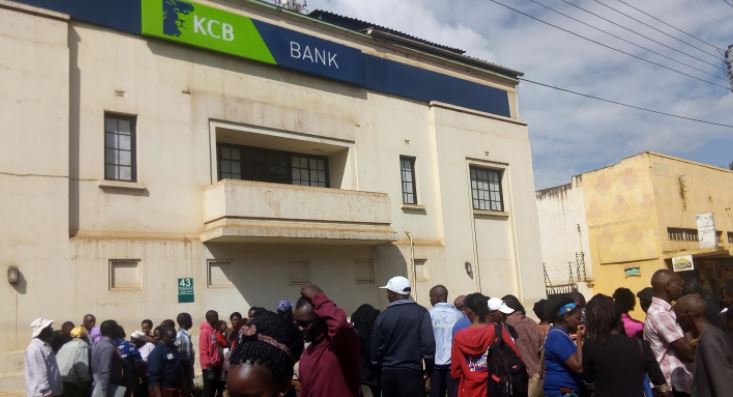 It is arguably the heist of the century. An elaborate and well-orchestrated plan by robbers saw the Kenya Commercial Bank, Thika branch lose approximately Sh 50 Million.

The Burglars accessed the bank’s strongroom through a 30-meter-long tunnel and made away with the handsome loot. They disabled the bank’s internal alarms and sensors and the burglary remained undiscovered until Monday, November 20.

As investigations continue, an ‘eyewitness’ has come forward to narrate what he saw in a new expose dubbed ‘Paruwanja la Wezi wa Thika.’

The witness, identified as ‘Wabuthia’, sells eggs outside the bank and claims to know the suspects. He narrated what he witnessed to a reporter identified as Mamed Ali.

Loading...
The Trending Images in Nairobi This Furahiday < Previous
Government Denies Soliticing Congratulatory Messages From Foreign Countries Next >
Recommended stories you may like: