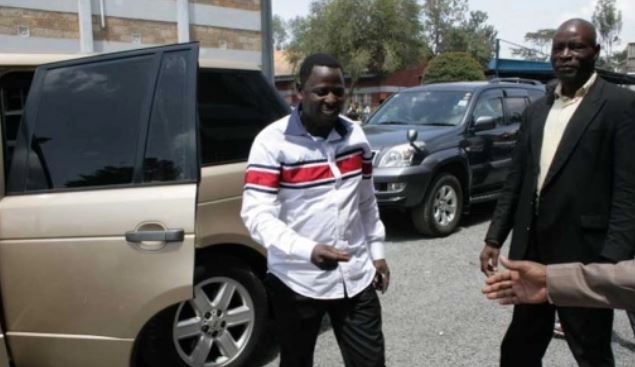 Gor Selemang’o is said to be one of the richest businessmen in the country. The former Youth Fund chairman is flashy, philanthropic, and outgoing, and has reportedly acquired a new Range Rover Sports. His chase car is a Prado.

During his tenure at the helm of the Youth Fund, he surrendered his salary to the youth.

Though he insists he never actually dished out money, he admits someone in his entourage dished out $10,000 (Sh860,000) in five and ten dollar bills to Mathare voters.

Gor holds a Masters degree from Utrecht University, the best rated public university in the Netherlands.
He is cagey on his love life and insists that stories linking him to TV anchor Lillian Muli is a ‘creation of the media’, although he says, him and Ms Muli, are good friends.

Did you see it coming? Getting sacked as Youth Fund boss?

Yes, it wasn’t a surprise. I had seen the tell tale signs and I was ready for it. I did exactly what a certain gentleman said: ‘Accept and move on’.

What is your relationship with the president?

It dates way back to when he first ran for presidency (in 2002). Do you know I am the one who was coordinating to have his posters put in Kibera and other parts of Nairobi? He is a man I greatly admire and respect.

One incident where you have failed?

Rupert Murdoch’s News Corp wanted an entry into the Kenyan market and they wanted to buy my tabloid newspaper.

I prepared for a month and was invited to New York to meet Murdoch. I had ten minutes to present my case.

I fumbled all through. I guess I was not psychologically prepared to meet the most influential media owner in the world. The deal didn’t go through.

Time is money, and I take my time very seriously. I have businesses in New York and my two watches are set in different time zones.

Let us be specific, which business are you in exactly?

I am in the petroleum business, my friend. It’s very tough, but lucrative. I still run Talanta Media, a publishing house.

What is one thing people do not know about you?

I have paramilitary training. I will not tell you where I trained.

So with the training, do you need a gun? Are you a licensed holder?

Do I look like I need a gun? Even if I had a gun I wouldn’t tell the whole world. Then why do you come with three bodyguards to the interview?

This meeting is just a tiny fraction of my evening. I still have other meetings. About my bodyguards, it’s a matter of security. I am not paranoid but having security isn’t a bad thing.

The easiest way to remain poor is to pretend you are rich. Forget about swag, it won’t pay the bills, go out and work hard. Invest in contacts, and build your business.

Loading...
“My Husband Proposed Under a Tree in Second Year,” Agnes Zani Recalls Campus Years at UoN < Previous
“I Shed Tears During My Speech Because of Kenya’s Hypocrisy,” PLO Lumumba Speaks Next >
Recommended stories you may like: