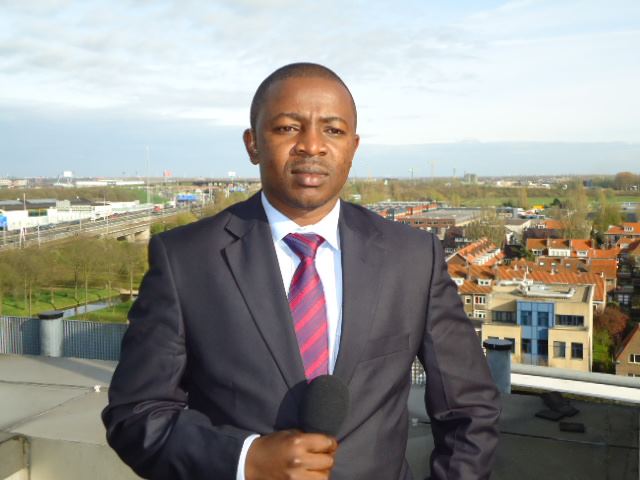 Citizen TV reporter Francis Gachuiri has revealed a heartwarming letter his children wrote to him following Tuesday’s incident at the Wiper Headquarters in Lavington, Nairobi.

The political affairs reporter and NTV camera person Jane Gatwiri were attacked by goons during a meeting called by the National Super Alliance (NASA).

The goons reportedly accused the journalists of biased coverage during the just concluded election and forcefully ejected them from the event.

Taking to Twitter yesterday, Gachuri shared a picture of the letter signed by his three children namely, Sandra, Marcus and Curtis, that has melted the hearts of KOT.

According to Gachuri, his kids wrote the letter as a way of offering their support and love, after watching their dad get assaulted on TV.

Lastly, this note penned by my daughter Sandra and her brothers Marcus and Curtis after watching the incident on TV is the real deal. pic.twitter.com/GZtbEsypAy

The journalist also said that he has forgiven the goons who attacked him.

I have forgiven my fellow young men who roughed me up at the Wiper Hqs . I do so UNCONDITIONALLY. May they find true PEACE in their hearts.

Nasa leaders Raila Odinga and Musalia Mudavadi have since regretted the incident and offered their apology to the two journalists.

Loading...
Watch: Sauti Sol’s Fancy Fingers Works Out with Bae and It is the Cutest Thing You’ll See Today < Previous
Hilarious Meme Compilation (Thursday November 2) Next >
Recommended stories you may like: