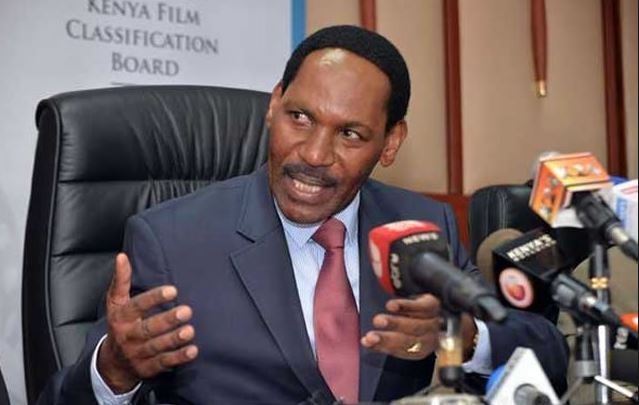 KFCB Boss Ezekiel Mutua has reacted sensationally to the reported sighting of gay lions in the Maasai Mara. According to the moral policeman, whose stand against homosexuality in Kenya is well documented, the animals need counselling.

The two lions were reportedly spotted during an intimate moment in the Maasai Mara by wildlife photographer, Paul Goldstein, from Wimbledon, London.

Mr Goldstein, a guide for Exodus Travels, told the Daily Mail that he first observed them standing side-by-side before one lay down and was gently mounted by the other.

‘Sometimes you just see something that takes your breath away. I was guiding in the Masai Mara recently and we saw two impressive alpha males in perfect light. 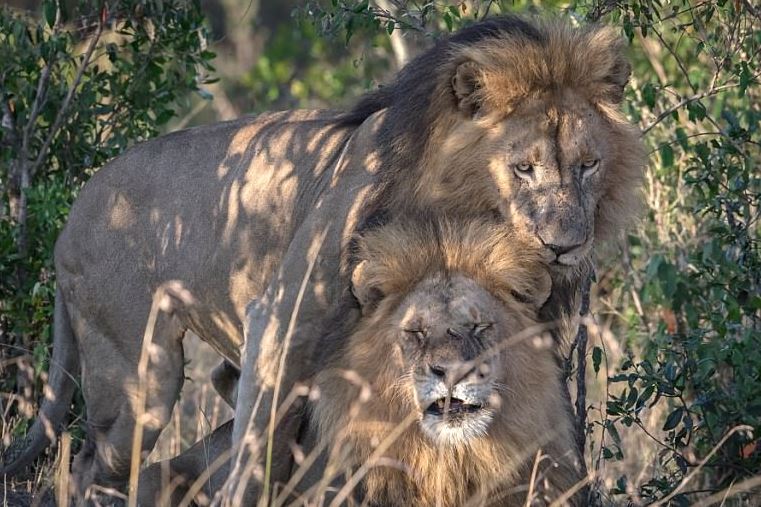 ‘After a while they stood together, in perfect symmetry. What then happened was remarkable.

‘I have heard of this happening in Botswana but with nothing like this vigour, and indeed at various zoos and safari parks, but incarcerated animals will do strange things, who can blame them.

‘This, however, was astonishing. I normally loathe any sort of humanising with animals and our documentary channels are full of it, but this was not only surprising but it was impossible not to smile. 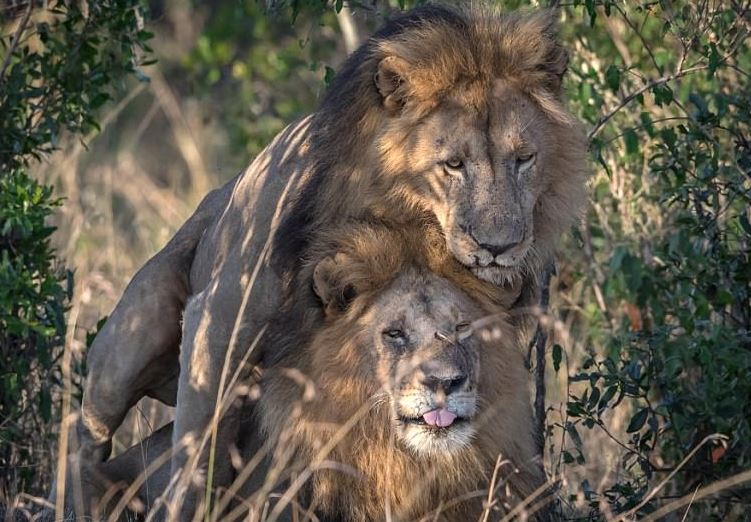 ‘When lions mate it normally last a few seconds, these two were at it for over a minute and the obvious affection afterwards was very evident, as opposed to the violent withdrawal when male and female mate.

‘Even as he dismounted he did not back off as is normal after mating, he crept round to the other male’s muzzle, for a nuzzle and threw a conspiratorial wink his way.’ 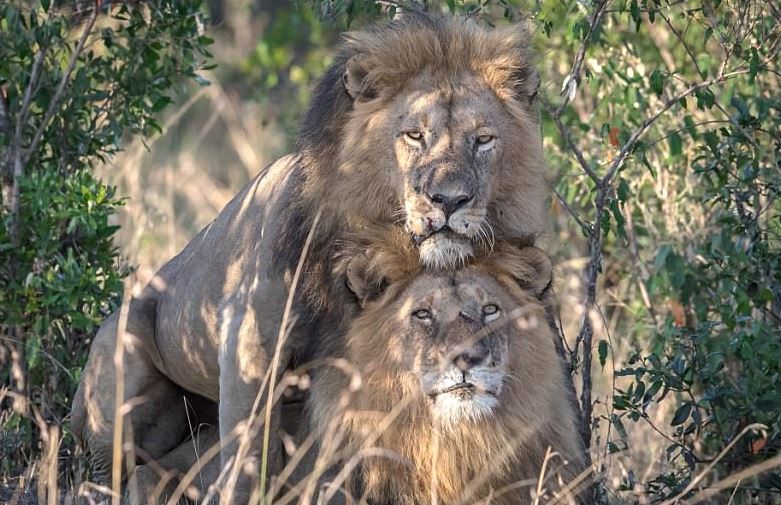 But the Kenya Film Classification Board (KFCB) Chief Executive does not see anything remarkable about the alleged sighting.

According to Mutua, the lions should be isolated and subjected to scientific research to determine how they acquired homosexual behavior.

In an interview with Nairobi News, Mr Mutua described the “love birds’” behaviour as “bizarre”, and although they are both visibly male, insisted that “we should all not jump into conclusions that the lions were both male”.

“We (KFCB) do not regulate animals, but this is a first and interesting to hear that there are two male lions in love. Some research needs to be done. And also I wish I can get the bio to confirm the two lions were actually male, because it is not normal,” he said.

“These animals need counseling, because probably they have been influenced by gays who have gone to the national parks and behaved badly. I don’t know, they must have copied it somewhere or it is demonic. Because these animals do not watch movies,” he argued. 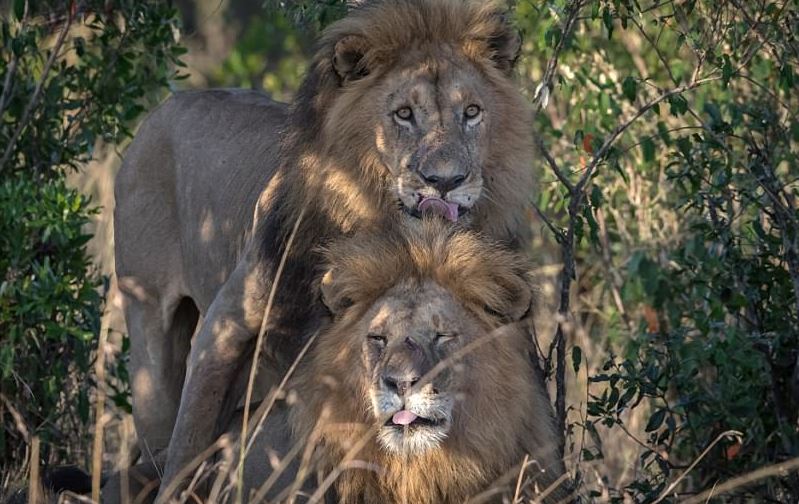 “I mean where on earth have you ever heard something like this happening. The demonic spirits inflicting in humans seems to have now caught up with animals,” he said.

He added: “That is why I will say isolate the crazy gay animals, study their behavior because it is not normal. The very idea of sex even among animals is for procreation. Two male lions cannot procreate and therefore we will lose the lion species.”

Loading...
KOT Reactions After President Kenyatta Voted for Nyashinski < Previous
The Hottest Stories on the Internet Today (Monday November 6) Next >
Recommended stories you may like: