Crazy Kenyans: Someone Used an IEBC Poster to Call on Kenyans to Vote for Nyashinski 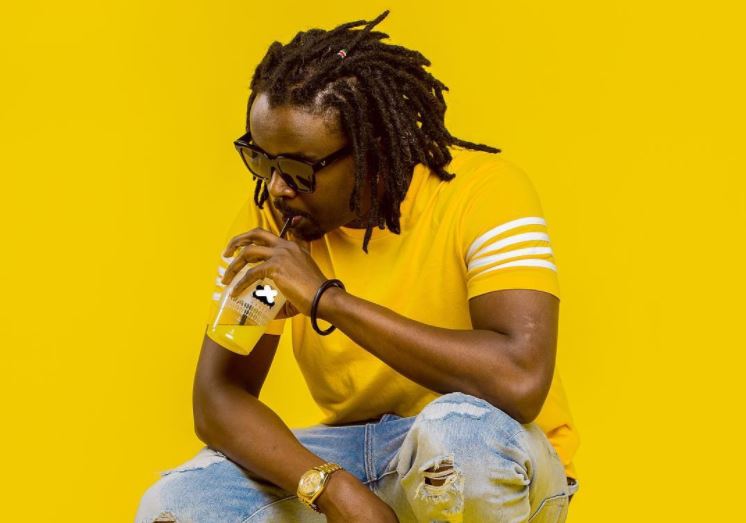 No sooner had Nyashinski made his comeback than he got nominated for an international award.

With just four singles in a year, the former Klepto member has been nominated for the 2017 MTV Europe Music Awards. While the nomination is good news for Kenyans, Nyashinski faces a tough battle against Nigeria’s Wizkid and Davido.

They have been nominated in the Best African Act category, alongside South Africa’s Nasty C and Babes Wodumo, and Angola’s C4Pedro.

After news hit the net that the ‘Aminia’ rapper had received a nod from the prestigious EMA Awards, a section of Kenyans were excited for one of their own while there are those who could not hide their preference for Wizkid instead. 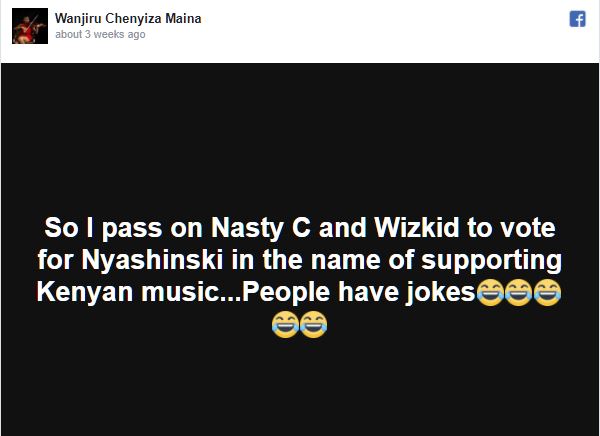 There has also been hushed talk within the industry from some players that Nyashinski is a snob who doesn’t support his fellow compatriots and therefore he is undeserving of the award. ‘Sikujui sisi kama WaKenya tulikosea wapi?’

However, there are fans who are fully behind the comeback King that they will do anything to see him bring the MTV gong back home. So determined are they that they are using IEBC posters to spread the word.

A picture of such a poster has emerged online, directing Kenyans to a link where they can vote for Nyashinski.

I wonder if this counts as rigging. 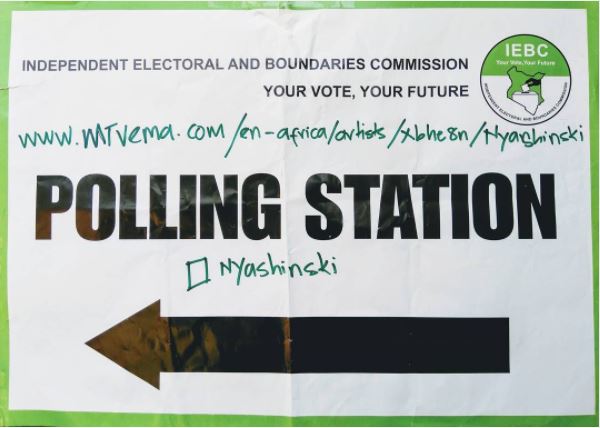 Loading...
Bromance is Real! Once Major Rivals Nameless and Jua Cali Enjoy Family Fun Day < Previous
Never Before Seen PHOTO of Julie Gichuru When She was a KCPE Candidate Next >
Recommended stories you may like: