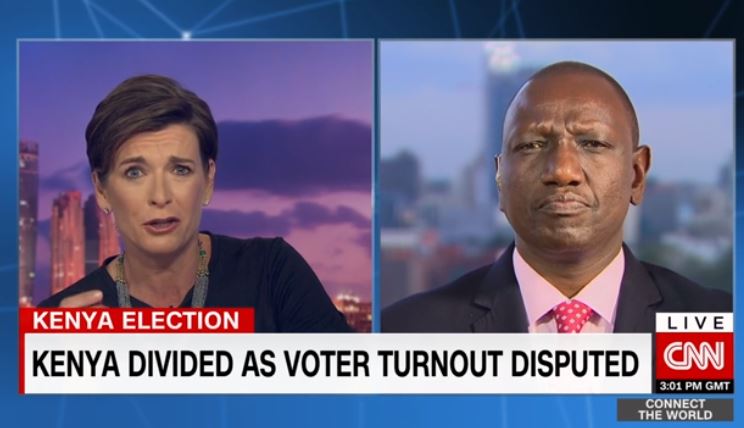 Deputy President William Ruto on Sunday made his second appearance on CNN.

In the interview conducted by Becky Anderson, Ruto did not have nice words for Nasa leader Raila Odinga. He called Raila a ‘pathological liar’ for the 3.5 million turnout figure he had earlier spoken of. Ruto said that the true turnout was in the region of 7.6 million, as verified by their agents countrywide, independent media houses and the IEBC itself.

He said that the ‘so-called’ confusion about the turnout was as a result of Raila’s lies.

“Instead of, in his sunset years, ascending to the levels of Nelson Mandela, he has descended into the abyss of the likes of Joseph Kony.” he said.

Loading...
All The Trending Images This Tuesday < Previous
PHOTOS of the Unoccupied Sh310 Million Runda House Meant for Chief Justice Next >
Recommended stories you may like: