Watch: Everything You Need to Know About Justin Bradford..the Mzungu Makanga 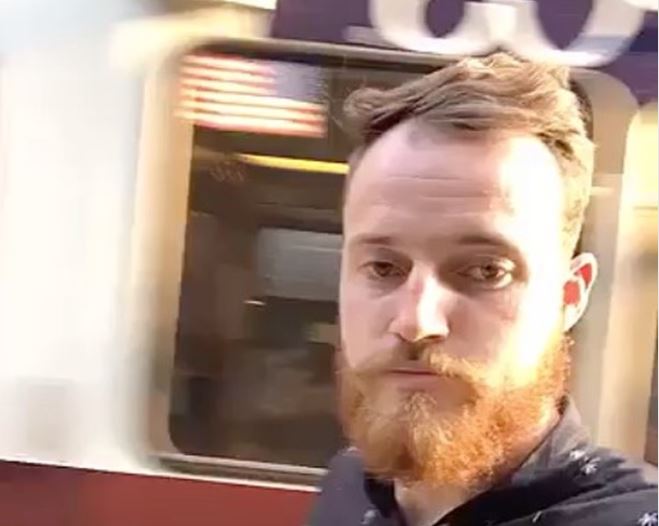 Over a month ago, we showed you a viral video of a Mzungu shouting Mbao mbao! at a train station in Oregon, United States.

Justin Bradford instantly became an online sensation in the country after he took over the ‘Snap254’ Snapchat account in August. He not only impressed Kenyans with his command of Swahili but with his accurate and hilarious depiction of Kenya’s Matatu culture.

Bradford did not stop there. He went viral again in another video as he prepared Ugali and word on the street had it that he can cook ugali better than Kenyan slay queens.

Last week, in an exclusive interview with Snappy 7, he told his story.

“I lived in Kenya for two years. I used to stay in Kayole, near DO’s area, Masimba and also at Greenspan. I also lived in Upper Hill, Riruta Satellite and Athi River. While in Kitengela I used to go to a place called Pork City to eat nyama choma,” said Bradford.

On why he chose to learn Swahili and not any other languages, he explained: “I love Swahili because it is easy to speak. When I speak Swahili it brings joy to me. I have a feeling that if everyone across the world spoke in Swahili, there would be world peace. I love Kenyan culture.”

Where did you learn the phrase “Mbao mbao”? ” I lived in lived in Kayole for a while. I used to use a matatu sacco called Forward Travelers, so one day I thought to myself why can’t I be a makanga (tout)? So I approached them and told them I wanted to be a tout and they welcomed me. Every day I would call passengers, ushering them in while banging the side of the matatu. That is how I learned the phrase.”

Apart from ugali what other Kenyan delicacies do you enjoy?  “Chapati, ndengu, managu, even roasted maize on the road sides, also those sausages which are sold by the roads they are very delicious. Mukimo, githeri and especially roasted goat. I just love all Kenyan food and it is one of my favorites.”

Do you have a specific target? “I have no specific target, I just love all people regardless of their race. I just want to talk Swahili with everyone. If we speak Swahili we will all feel as one. To all Kenyans who are following and watching my videos you make me feel like I am back in Kenya and I want to say thank you. Keep watching and following me on my YouTube channel. Let us all be friends.”

Loading...
“I Won My Weight Loss Battle After Spending Sh700,000” Big Ted Tells it All < Previous
Mwangi Kiunjuri: Suspected Moi Girls Arsonist is NOT My Daughter Next >
Recommended stories you may like: