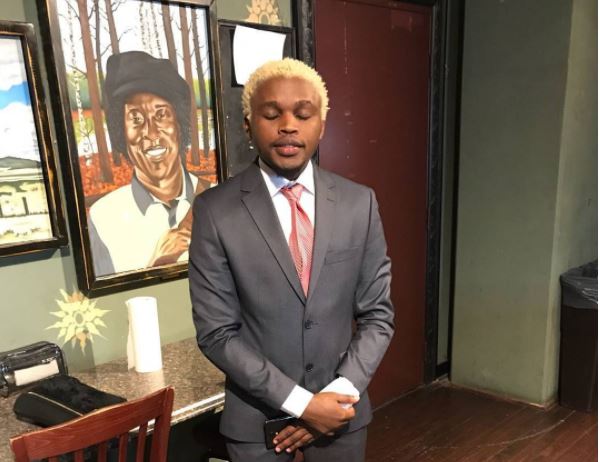 Attendees of the recent East Africa Chamber of Commerce (EACC) Conference ‘Walijua Hawajui’ after Kenyan comic Chipukeezy lectured them on the appropriate kind of applause for a star like himself.

The former Churchill Show comedian is on a promising tour of the United States for a couple of gigs. In addition to hosting the recently concluded Afrimma Awards, the comedian whose comedy idol is America’s Kevin Hart, performed at this year’s EACC conference held in Dallas, Texas.

The annual event is held to advance the social and economic development relationship between businesses and governmental agencies of East Africa and US companies.

When he was introduced and called on stage to perform, the reception from the audience was lackluster at best, something that Chipukeezy sought to rectify with the bravado of a superstar.

“For those of you who don’t know me, I’m a comedian..I make people laugh. Now, let me tell something about me..the place I come from I’m a star..I’m a superstar. So when I’m introduced on stage, people clap, shout, and scream..” said Chipukeezy before demanding a better applause.

While some would say it was cocky, the act had the room in stitches and the audience duly obliged with a rousing welcome.

Loading...
Ladies Man Kagwe Mungai Reveals His Relationship Status and Ideal Woman < Previous
Wilbroda: “I Never Knew I’d Be Able to Quit Drinking Until I Tried” Next >
Recommended stories you may like: