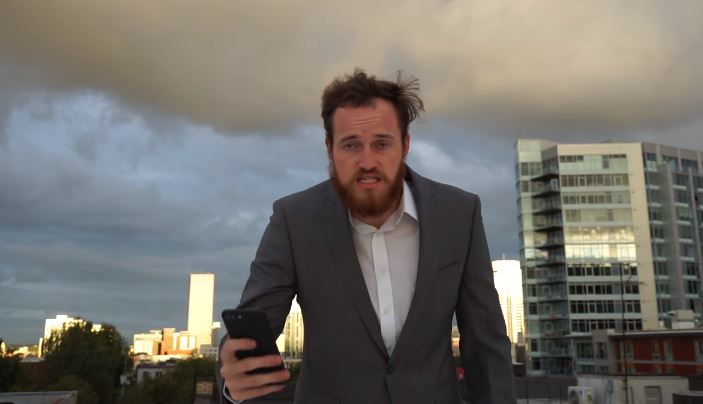 For a guy who has earned praise for his great command of Swahili, it was only a matter of time before vlogger Justin Bradford hopped on the ‘Muhoho Kenyatta’ challenge.

Last month, Muhoho Kenyatta, the youngest child of the President, shocked Kenyans when it became apparent that Kiswahili is not his strong suit.

While addressing the crown in Nandi, Muhoho not only pronounced his Swahili words a little different but also read out his short speech from a smartphone.

This formed the premise of the viral Muhoho Kenyatta social media Challenge which Justin Bradford alias Mzungu Makanga has nailed.

He says: “THIS VIDEO IS JUST A JOKE. I DONT MEAN TO OFFEND ANYONE. MUHOHO IS OBVIOUSLY A SMART GUY AND DEFINITELY SMARTER THAN ME. IM JUST JOKING!”

Loading...
“An Episode of Nairobi Diaries Costs About Sh500K” Reality Show Founder Speaks < Previous
Embu Woman Sets Love Rival on Fire For Having an Affair With Her Husband Next >
Recommended stories you may like: