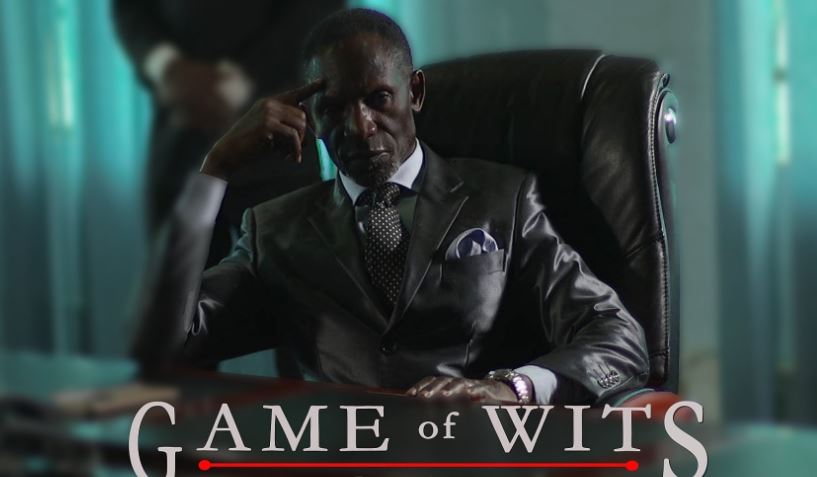 You have been crying for something different on your television screens and your cries have been heard. The upcoming Kenyan production – Game of Wits – will blow your mind and keep you glued to your screens.

Game of Wits is basically an African political drama series that takes place in a modern technological county, Jumbo County. It focuses on the challenges the Governor-elect Collins Limbo (played by Mombasa based actor Abubakar Ismael) and his team face during the first 100 days in office after winning an election by a landslide.

However, unbeknown to Mr Limbo, he is not exactly the people’s choice because a hacker was paid to rig the election in his favor.

This causes opposition and various test challenges from the former governor Czar Kige (Raymond Ofula), a ruthless man who will do anything for power. The surrounding political scene is affected by the games of wits from these two prolific individuals.

Season one introduces Governor Collins Limbo and the various members of his team. The opposition has the former Governor Czar Kige and his right hand man, Zacks (Alfred Munyua) the riper. In the middle of the two giants is Mickey(Dan Kinyanjui), a freelance journalist.

With each side determined to retain power, manipulations, betrayals and blackmails ensue, and it all comes down to who’s the smartest player.

The series is written and produced by Liz Karanja who also stars as Lexy, Limbo’s secretary, and Kige’s foster child.

Speaking with ActScene recently, Liz said that she wanted to prove that Kenya can also produce good quality shows.

“We have some of the best actors in Kenya and this show will prove that. I’m not so much into politics but I wanted to do something that will resonate with Kenyans,” she said.

The show’s pilot episode was shot in 2014 and took almost three years for the first season to be picked by a local TV station. The season was shot this year between April and May and is currently in post-production.

“I just cannot wait for people to see what we have done because the story revolves around general politics based in our African continent. The Game of Wits involves a lot of tact in order for the politicians to achieve their selfish agenda,” Karanja added.

Emnaz International, a company based in Mombasa, is behind the production of the show.

The show’s first trailer just dropped and let’s just say it looks promising. Keep it Nairobi Wire for when and where it premieres.

Loading...
All The Trending Images This Wednesday < Previous
Rev Timothy Njoya Discovers Bhang in his Garden But KOT Don’t Want It Destroyed (PHOTO) Next >
Recommended stories you may like: