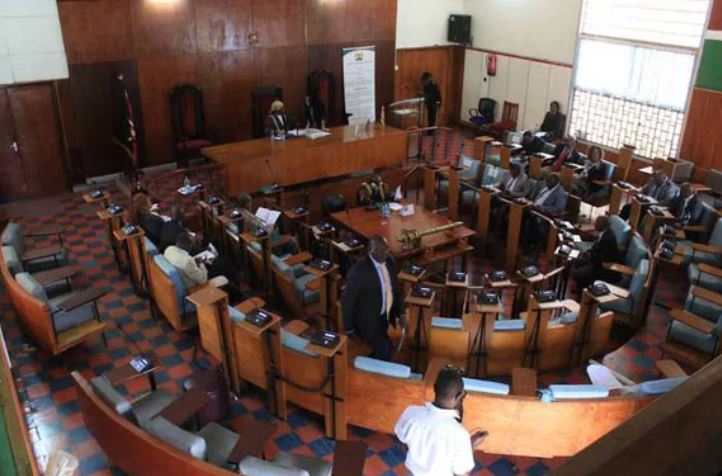 Mr Mburungo on Wednesday interrupted a debate on Governor Wahome Gakuru’s opening speech to seek orders on how women in the Assembly should dress.

He claimed that: “Some of us cannot concentrate as we sit across our female MCAs. Kindly, advise us on the mode of dressing.”

“It is difficult for some of us to concentrate when our counterparts are in miniskirts,” Mr Mburungo went on as his colleagues burst into laughter.

However, the Speaker ruled the MCA was out of order, and asked members to continue making their observations on the governor’s maiden speech.

“We are debating on the governor’s speech to the assembly, you cannot introduce something different,” he said.

But on Thursday, the Speaker told ward reps to dress decently to avoid tarnishing the assembly’s reputation.

“This assembly is a House of honour and therefore all members must carry themselves in an honourable manner,” said Kaguchia.

“The members’ dressing and mannerism during plenary should not bring the reputation of the assembly into disrepute.”

Noting that he could not impose strict regulations on the MCAs, the Speaker asked them to dress decently and adhere to the speaker’s rules.

“The speaker’s rules that are in place stipulate that no person, even if otherwise qualified, shall be admitted to the speaker’s gallery unless he or she is, in the opinion of the Sergeant-at-Arms, properly dressed,” he said.

He clarified that “properly dressed means coats, collars, ties, long trousers, socks and shoes, or service uniform, or decent national dress for men and an equivalent standard for women with hats optional.

“In the lounge and or the common room, members or visitors may wear long trousers, clean shirts, socks, shoes, or service uniform,” the code continues.

Loading...
The Trending Images This Furahiday < Previous
Good News: Your Favorite Libido Booster ‘Mukombero’ is Now Available as Juice Next >
Recommended stories you may like: