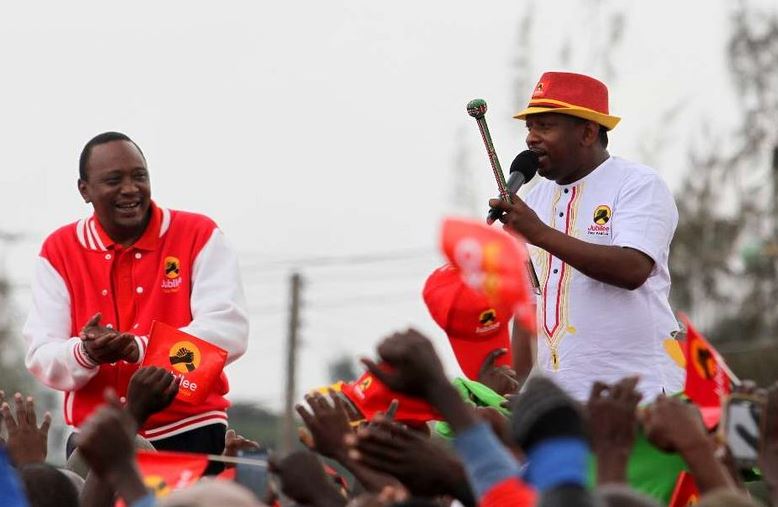 Speaking in Mombasa, the former Nairobi senator stated that he is willing to help the NASA flagbearer retire when he loses the repeat poll.

“I am ready to provide him (Raila) with three proboxes to take him to Bondo to retire,” declared Sonko.

The Nairobi County boss also recalled Raila’s sentiments about Sonko’s supposed governorship in June. While rallying support for Kidero, Raila claimed that it would be a shame, as president, to be received by Sonko at the airport.

“I don’t want to be a President of Kenya who goes out for a meeting and on returning, it is Jubilee’s Mike Sonko that is receiving me at the airport. It will be a shame,” Raila said.

It is because of Raila utterances that Sonko plans to gift him with flat screen tvs.

“I will also give him two flat screen TVs, one for him to watch Uhuru to see how he runs the country, and the other for him to see run Nairobi County.”

“It is unfortunate that we have glorified academic dwarfism at the expense of real academics,” Sonko said.

Loading...
KTN Reporter Dennis Onsarigo Narrowly Escapes Being Crushed by a Truck < Previous
Going International: Watch the Korean Version of Babu Owino’s ‘Tibim Tialala’ Next >
Recommended stories you may like: