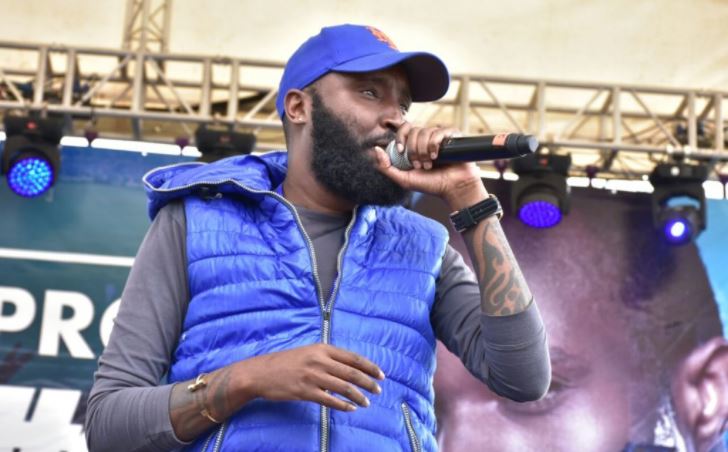 Just like Nakumatt, celebrated radio personality Shaffie Weru is down but definitely not out. The Kiss FM presenter suffered a big loss in August when his apartment was broken into.

The burglars broke into his apartment in Lavington while he was two-week summer holiday in the U.S. They made away with most of his valuables and household items.

According to Shaffie, the losses from the robbery amounted to Sh 3.5 Million.

Well, the King of Turn Up, who is well-known for his extravagant lifestyle, is slowly but surely recouping his losses.

Word on the street has it that he is now rocking a designer watch worth about  Sh80K.

“I was given this watch as a gift by my very good friend, Joram, who is among the youngest entrepreneurs in the country,” said Shaffie.

He also left a message for the burglars who stole from him.

“Those who stole from me must have thought my life will be miserable, but one thing they should know is that I’m only getting started and my life is bound to get better. Watch this space,” Shaffie said.