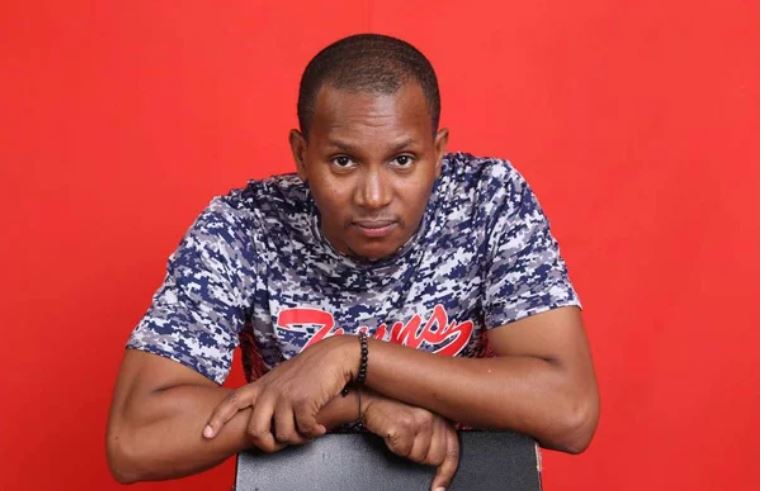 Jackson Maina Kamau alias ‘Jack Jack on the Beat’ is arguably one of the best music producers in the country. He is a bonafide hitmaker behind some of the most popular club bangers such as Collo’s ‘Bazokizo’, Fena’s ‘Sema Ng’we’, Femi One’s ‘Tippy Toe” and more.

What many people don’t know about Jack Jack is that he dropped out of university to focus on music, a decision he says he will never regret.

He spoke to Buzz about his career, Kenyan music industry and more.

“The name Jack Jack on the Beat is like a character.  Guys used to call me ‘Jack of all trades’ because I loved doing a lot of things; drawing, music, I was in a band, played football and basketball. Then the name changed to Jack Jack which was a nickname. My real name is Jackson Maina Kamau, the most basic name ever (laughs).

I started getting recognition in 2010 after I did a song called “Kata Kiuno” and another called “Spontaneous” with Kayvo Kayforce. That’s when people began recognising my sound and I started making a mark in the industry. In 2012 I decided music would be my path and I dropped out of University of Nairobi where I was studying design. I wanted to do Animation but we were only two students and they couldn’t make a class of just two people. They ended up placing me in the Graphic Design class instead and in third year as I was doing my project, I quit. I saw I was just wasting my time, and I had started to make some money. I asked myself, ‘do I let the money go or do I finish my studies? My parents were not happy at first but when they started seeing and hearing my music they supported me. I have never regretted my decision.

I started earning when I did an album with Coola Gang that was sponsored by Mobitech. I was still doing studio sessions which at the time were Sh15,000 per session, and in a week I would do like two. It was good money considering I was still in school, life was good.

Right now artistes pay Sh20,000 for a session, and if they go beyond the allocated time its Sh5,000 per hour. The additional fee is to ensure people don’t waste your time as there are guys who come to lounge in the studio.

I joined Pacho in 2015 to work on a project called ‘Project 100’,  the aim was to do 100 songs for that year and flood the market with my work but ended up doing 75. The problem was some guys were not serious. 35 songs were released and out of those, six were hits. They were Bruz Newton’s “Zigwembe”, Collo and Bruz’ “Bazokizo”, Kristoff and Femi One’s “Tippy Toe”, Fena Gitu’s “Sema Ng’we”, Timmy T Dat’s “Haitosi” and King Kaka’s “Kichinjio”. I had planned to release at least 10 songs in a month but by September I’d only released 35. I consider that a win though.

I don’t get disappointed when I work on a song and it doesn’t become a hit, I learn from it.

What disappoints me is when a song doesn’t leave the studio. I’d rather release a song and have people not like it than work on one and have it go nowhere.

I’m a very easy person, but I’m strict when it comes to my time. That one hour you take from me is going to trickle down to the evening, which means not having an extra hour with my son. Yes, anything can happen but let me know in advance that you are going to be late. I hate repeat offenders who decide ‘I’ll get there when I get there’.

A good mix is basically when the instruments blend together, everything is in tune and you can hear certain aspects like the vocals and the background. A good master is when the loudness is in check.

I do engineering for other people’s songs. That means people come to me with their songs when they’re not confident about the mixing and mastering.

I also do farming on the side, I plant sukuma wiki, watermelons, cucumbers, and onions. I’m a serious farmer.

I needed a management team, Kaka Empire to be exact. I tried to do it by myself; network, do the media tours and still maintain the studio sessions but it was too much and it overwhelmed me. I ended up disappointing so many people. Getting a team was also not easy, I even hired a publicist and a manager but that did not work. I needed someone with faith in talent and I didn’t get that especially when I had a new artiste up until Kaka Empire.

I don’t drink and I don’t smoke.

I listen to any and every kind of music.  Like my wife still wonders how I listen to country music in the car. I don’t put myself in a box when it comes to the type of music I listen to because occasionally I do adverts that need a feel of country, rock music or other genres. If there is a producer who only listens to a certain type of music, pole to them.

I deal with sound in adverts, shows, and documentaries.

People don’t know the seriousness of sound until one day you watch a movie on mute.

I recently worked with Carol Atemi and girl can sing! Both in studio and live. She is on the next level. I’m her biggest fan. Fena Gitu is underrated, she is too good for this world. When guys catch up to what she is doing… King Kaka is exhilarating on stage and Timmy T Dat is very energetic.

When it comes to whether a song will be a hit or not, it’s the sound that guides me since I create sound. Even established artistes are guided by the track to find their sound. That’s why there is a difference between, Kaka and Khaligraph in sound, and it’s the reason why you’ll hear someone say so and so sounds like another singer or rapper.

Producers are not as appreciated as musicians in Kenya. Nobody really bothers much with producers’ rights especially when it comes to royalties. I don’t think producers, like musicians, will take to the streets with placards demanding their rights because at the end of the day the song sort of entirely becomes the artiste’s.

Having a family grounds me, there’s a period I stayed single for a long time and life wasn’t easy. Now I know at the end of the day I have a son, who’s very talkative to get home to. He loves my work, every time he watches the television and sees King Kaka he shouts ‘dad King Kaka’ and he’s only three. There’s nothing I wouldn’t do for him. I feel like he will be an actor in future, the things he does…

We (Kenyans) do not appreciate our music, that’s why a song like “Bazokizo” as big as it was never left Kenya. Zigwembe for the longest time was stuck at 100,000 views and about three months ago shot to more than half a million views. There’s a problem either with the reach of the songs or we need to change our attitude towards our own music.”

Loading...
“I’ve Lost Track of the Bad Things Written About Me” Avril Speaks < Previous
Hilarious Meme Compilation (Monday October 2) Next >
Recommended stories you may like: