Mwangi Kiunjuri: Suspected Moi Girls Arsonist is NOT My Daughter 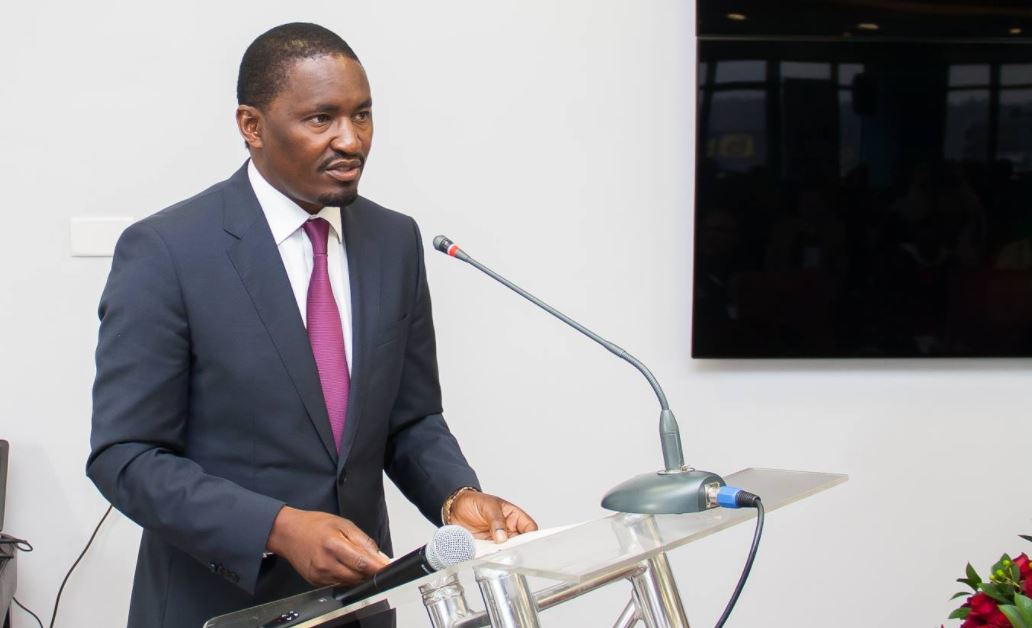 It has been a rumour whose origin remains unclear. That the girl suspected of setting on fire a dormitory at Moi Girls, in the process killing 9 students, is a daughter to Devolution Cabinet Secretary Mwangi Kiunjuri.

The girl’s identity has remained concealed by the media owing to the fact that she is a minor, but Kenyans interpreted this to mean that she had someone powerful protecting her. Initially, all that was whispered was that she was the daughter to a ‘powerful government official’. But that soon changed with Kiunjuri’s name popping up.

The CS has now come out to rubbish those claims. Writing on his Facebook page, Kiunjuri categorically stated that he has never had a daughter at Moi Girls Secondary school, and that the rumours are ill-intentioned and hurtful.

This was his statement. 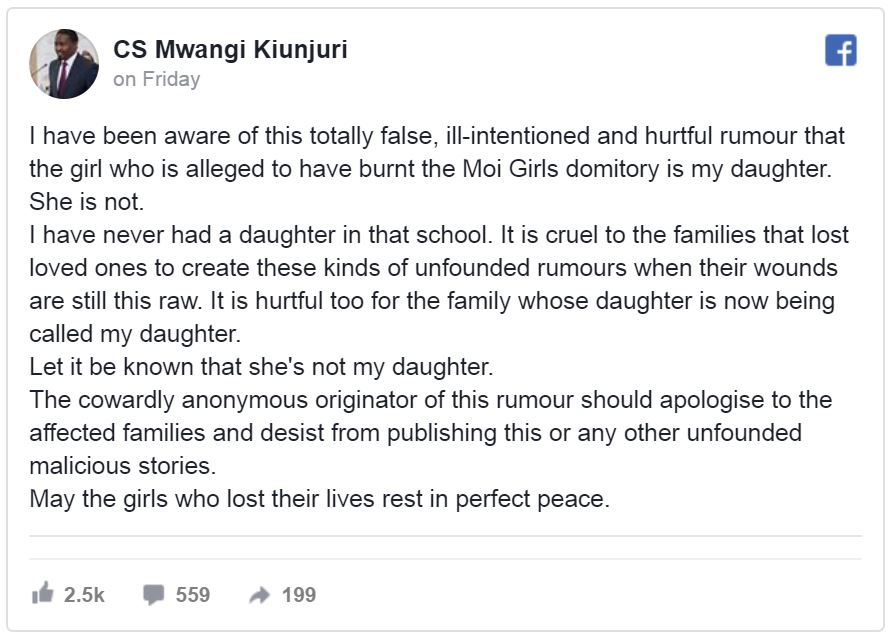 I have been aware of this totally false, ill-intentioned and hurtful rumour that the girl who is alleged to have burnt the Moi Girls domitory is my daughter. She is not.
I have never had a daughter in that school. It is cruel to the families that lost loved ones to create these kinds of unfounded rumours when their wounds are still this raw. It is hurtful too for the family whose daughter is now being called my daughter.
Let it be known that she’s not my daughter.
The cowardly anonymous originator of this rumour should apologise to the affected families and desist from publishing this or any other unfounded malicious stories.
May the girls who lost their lives rest in perfect peace.

Loading...
Watch: Everything You Need to Know About Justin Bradford..the Mzungu Makanga < Previous
The Hottest Stories on the Internet Today (Tuesday October 3) Next >
Recommended stories you may like: