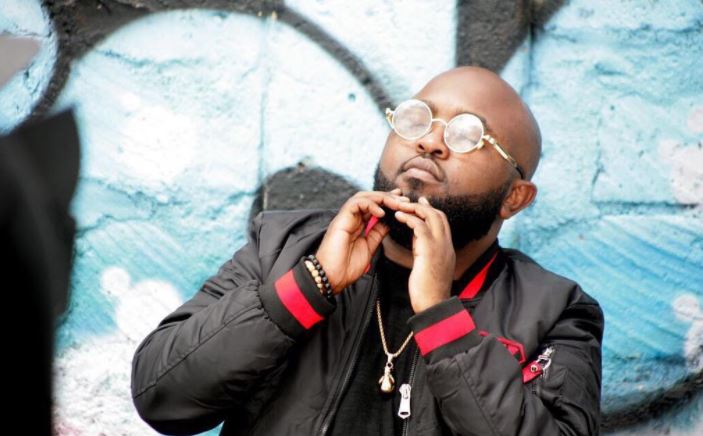 It has only been a few weeks since news of Kelele Takatifu’s break up rocked the industry. However, one-half of the award-winning gospel duo, James Muhia, popularly known as Moji Short Babaa, has his eyes set on big solo projects.

He spoke to a local daily about his new career as a media personality and interest in comedy.

You have just released a solo project; has Kelele Takatifu broken up?

Yes, we have parted ways with Didi. Our last project together was a US tour which we concluded a few weeks ago.

What made you break up?

Life has seasons; we have been together for over 10 years now and we had a great time doing what we love. However, we are now growing differently and we needed to give each other space to grow and explore greater things as individuals. When you are a part of a group, you have to sacrifice your individual brilliance for the sake of the group.

There are so many things that we wanted to explore but we couldn’t because we were part of a group. People are so used to seeing me and

Didi together that neither of us can do anything without the other. Even now that we are both solo artistes, when I release my song, people are expecting Didi to release his, which he will be dropping soon. We are still brothers, friends, and partners, but we realised we were limiting each other so we decided to spread our wings so we can fly higher.

What’s the biggest difference between then and now?

I can do things faster now because there is no democracy or people to consult. As a solo artiste, I can now pursue my non-music interests such as comedy, media and event hosting. I am currently a contributor to Kaleyke Mumo’s Talk Central show as part of the TC Gang.

I am also getting a lot of emceeing jobs with both small and big corporations, so my brand is growing beyond the music space.

Initially, they invited me as a guest contributor for the TC Gang segment of the show. But after two or three times, they made me permanent. I am not sure what they saw in me but I guess my humour and unique perspective adds something to the show.

You have always been very comical in your music and brought out various characters. Was this something you always wanted to do?

Yes, it was only a question of when and how I was going to get into the media and hosting business. It began in 2012; I used to get many opportunities to host the Madlove Lounge. The monthly event made me realise that I loved to work up a crowd and host events. I actually have a diploma in TV video production from East Africa School of Media Studies, which I did from 2011 to 2013.

Even when I was in Kelele Takatifu, I always sought out opportunities to grow as an emcee and took time to study the best in the business.

However, I didn’t want to do it small scale, my plan was to grow my skills and come out in a big way. My breakthrough came last year when I hosted Mwafaka Awards.

This year I co-hosted the Groove Awards and the platform opened many doors for me.

So you actually went to school to study media and production; what was your inspiration?

I did it because I knew one day I would have children and it’s hard to tell them to go to school yet you don’t have a degree or a diploma. On a serious note though, school actually opens up your mind and makes you teachable.

There are many people who flop at new things simply because they are not teachable. For example, I am currently taking vocal classes with Mike Manoa because I want to really sing, not just in studio but also on stage. I am also working with experienced, creative directors to grow my craft as a host.

You are absolutely hilarious every time you show up on television, or when you are hosting. Are you finally delving into comedy?

Most people take comedy and hosting to be the same thing, but they are two different sectors. There are comedians who can’t emcee and there are emcees who are not funny.

Comedy is a very specialised area of entertainment. It requires a different set of skills which I hope to get with time. For now, I am focused on building my brand as a solo artiste and host.

How do you plan to balance between being a media personality and an artiste?

Art is like a flame that needs to be ignited. Once you do that, you will be shocked at how much you can do. Just because you are really good at one thing doesn’t mean you can’t try out something else. All these things are a part of me; music is still the main thing but media and hosting is a side hustle for now.

Many people in the creative economy form a strong identity around what they do, to the point that they can’t explore anything else.

There are always people trying to be better than you in whatever you do, so you have to diversify to stay relevant.

Look at Newton of Bazokizo fame, he started out as a dancer but now he is making hit singles. Some young people who currently know Ice Cube as an actor don’t even know he was a rapper. The showbiz industry is always changing, so people need to grow all their skills. You just never know when you might need it.

It’s also a biblical principle; in the parable of the talents, the person who was given five talents was still expected to grow each of them. That’s why I work hard to grow in every area of my career.

What is next for Moji Short Babaa?

Expect my first solo album soon; also expect my own gig. Hopefully, with time, I will have my own radio and television show. Most people know me as a rapper and I have recently started singing in my songs, but I want to take it to the next level.

Also, expect more skits and funny content on my Instagram page, which with time we hope to develop into a fully-fledged online show.

Ultimately, people need to know that entertainment is serious business. You have to put in the hard work if you want to get results.

Everything I own, I bought with showbiz money.