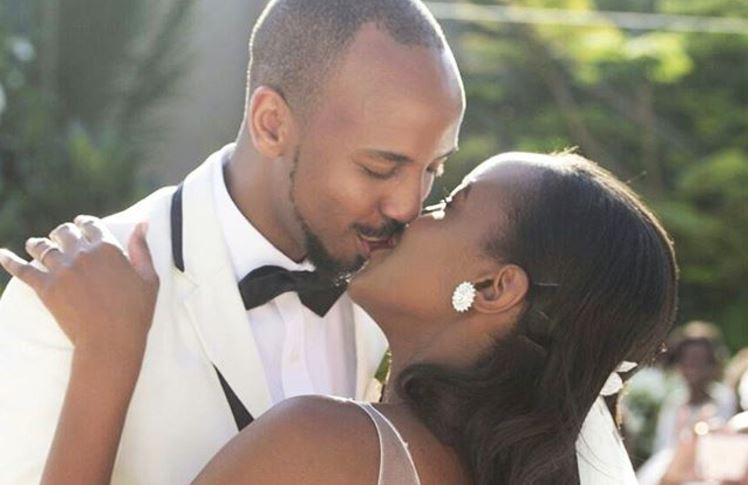 It was probably Kenya’s most publicized marriage proposal.

Blogger and media personality Sharon Mundia, best known as This is Ess, posted photos from her epic proposal, which ended up crashing her blog.

Her boyfriend Lonina Leteipan proposed to her in dramatic fashion. A chopper ride to Mt Kenya, standing by a lake.. the banker set a high standard for Kenyan men, and the story made social and mainstream media headlines. They then went on to get married at the beach, and have been blessed with one child. 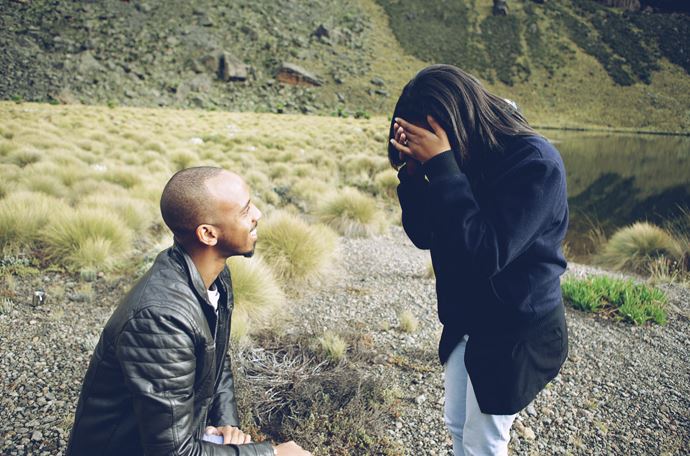 It therefore came as a surprise this week when popular radio presenter Shaffie Weru broke the news that all is not well in their marriage. Though he did not mention names of the said couple, it left no doubt who was being talked about.

Read: PHOTOS – Meet Lonina Leteipan, the Lucky Guy Who Locked Down ‘This is Ess’ Sharon Mundia

Lonina is said to have kicked out This is Ess there and then, and they have been living separately for several months now. It has even been reported that Lonina, who formerly worked at Chase Bank but is now with Chandaria, has moved on and is already dating another woman.

Sharon is meanwhile taking care of her daughter, and it has been many months since she posted anything on her husband on social media. You would have to dig to 2016 before spotting Lonina on Sharon’s Instagram feed.

Merry Christmas from me and my growing family! ???????

Now yesterday following the news, she came out on Twitter terming the stories as “ungracious and untruthful”. 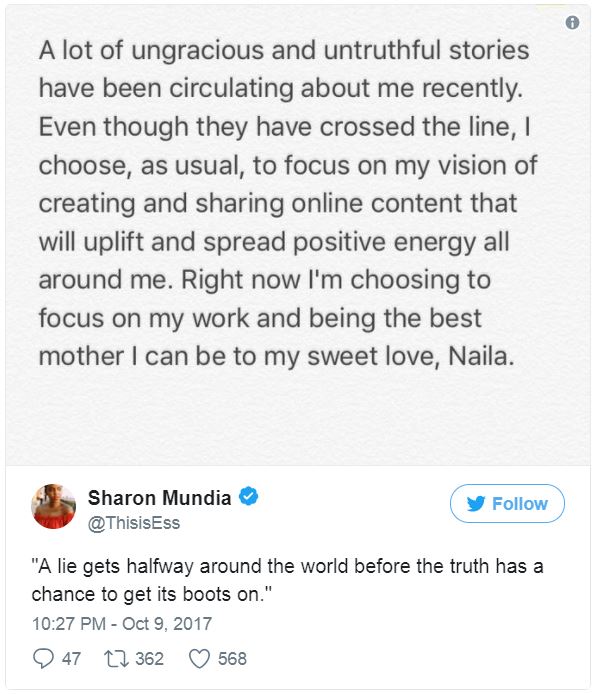 We’ll keep our eyes on this story if anything develops.

Loading...
VIDEO: Watch Jaguar and Babu Owino Exchange Blows in Parliament < Previous
Itumbi: Raila Has Been Denied 10-day US Visa Next >
Recommended stories you may like: