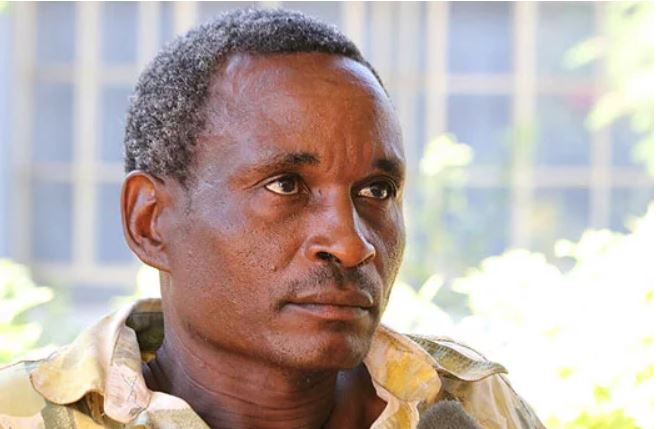 A man who chased away his wife to move into his girlfriend’s house has met his karma after his new lover attempted to chop off his private parts.

Eliud Kithaka, a stonemason, had sold his farm for Sh420,000 and chased away his wife to start a new life with his lover of two years. Their new found love, however, started turning sour after the two squandered the money.

On Sunday, things went South when his lover returned home drunk and told him to leave. She turned violent and slashed his genitals using a kitchen knife.

“I squandered all the money with my girlfriend and when I became broke she attempted to dump me. When I resisted, she attacked me and my condition is really bad,” said Mr Kithaka.

Mr Kithaka narrated to journalists how, while he was sound asleep at around 11 am, his girlfriend arrived home after spending Saturday night out and ordered him to leave her house.

He defied her command and a quarrel ensued before everything cooled down. Moments later, Mr Kithaka returned to bed before his lover showed up with a knife.

“As I was sleeping, I felt a sharp pain and woke up only to see my girlfriend severing my private parts and I put up a spirited fight. I held her by the hand and managed to snatch the knife from her and threw it outside,” he said.

He dressed the wound with a piece of cloth and rushed to a private clinic at Kagio town. The doctor at the clinic refused to stitch him because he could not pay up for the service.

“When the doctor saw my condition, he asked me to part with Sh4,000 and since I did not have, he only administered first aid and told me to leave.

“I was confused because nurses at public hospitals and dispensaries are on strike and I decided to go back to my girlfriend’s house. I kept on nursing the wound using salty water until my parents learnt of my problem and came for me,” he said.

On Wednesday, he was taken to the Sagana Health Centre and given a prescription of antibiotics and pain killers.

Clinical officer, Ms Njambi Zaweria said the cut had overstayed and could not be stitched. She said the victim required to undergo ex-ray to establish how deep the cut is.

My Kithaka is now demanding justice. “I have reported the matter to the police and I want the woman to be arrested and prosecuted,” he said.

Loading...
Anne Waiguru Raises Sh52 Million in Two Days for Uhuru’s Campaign Kitty < Previous
Babu Owino: If I Hadn’t Defended Myself Against Jaguar I Would Be Dead By Now Next >
Recommended stories you may like: