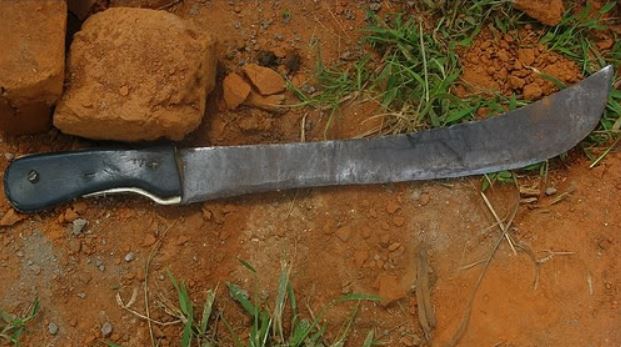 Residents of a village in Pokot Central Sub-County are reeling from the shock of a gruesome murder that saw a man behead his neighbour and flee with the head.

According to Pokot Central Sub-County Commissioner Geoffrey Kithinji, the suspect beheaded Dickson Lipul after an argument in a drinking den on Sunday evening.

The suspect is said to have armed himself with a machete after the two parted ways. He then stormed his victim’s house, where he hacked him to death before fleeing with the head still dripping with blood.

According to residents, the suspect momentarily stopped to show the head to the victim’s relatives, who were pursuing him.

“When he reached a nearby school, he stopped to show us the head. Our efforts to catch him were thwarted because he then dashed into the thickets,” said the victim’s brother, Michael Letiya.

“Both of them were coming from a drinking spree. They parted ways and went to their respective homes. What is puzzling us is why the suspect later stormed my brother’s home and killed him,” he said.

“It has never happened in this village. I came to check on my brother and found his headless body lying on his bed. The blood was dripping onto the dusty floor.”

The incident has stunned the entire village with residents living in fear of evil spirits.

“We are in shock, wondering what spirit possessed the man to commit such an evil act. We are wondering what he is going to do with the head,” said Maurine Ngoleng’ura, a neighbour.

The commissioner said police were investigating the killing and a team of Police Reservists had been dispatched to look for the suspect and his victim’s head.

“We are pursuing all leads; there are indications that he could have sought refuge at a relative’s home,” said Mr Kithinji.