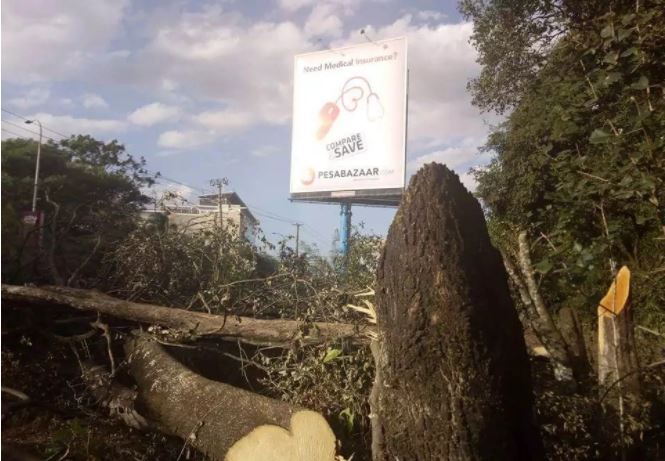 About six months ago there was a public outrage after several trees in City Park Forest along Limuru Road were brought down by a local outdoor advertising company, Magnate Ventures.

The public uproar was also directed to the then Kidero-led County government for failing to take action to curb the blatant destruction for the erection of billboards.

Kidero then directed Environment executive Peter Kimori and his Lands counterpart Christopher Khaemba to bring down all billboards erected by destroying trees. He also ordered the arrest of anyone found responsible for cutting down trees.

After that, we never got to know exactly what substantial action was taken with concerned Kenyans entrusting Kidero to tackle the issue hands-on. 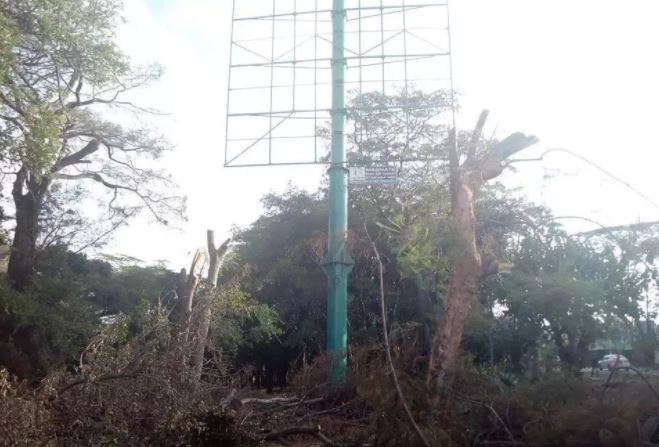 Well, as a result of Kidero’s incompetence, here we are again. The advertising company is at it again as reported by a concerned Kenyan on social media.

One Hon Fiu Nifiu took to Facebook yesterday accusing Magnate Ventures of cutting down a tree along Limuru road next to Karura Chapel a few metres from the Two Rivers Mall.

Apparently, he has been taking and filing pictures of trees along Road reserves and on Sunday, he noticed a missing tree that was brought down to improve the visibility of an erected billboard.

A month ago I took a picture of this tree along Limuru next to Karura Chapel a few metres from #TwoRivers. I took the pictures not knowing that #MagnateVentures shall one day cut it down to create visiblity for a billboard.

Last evening at around 9am I realised that the tree wasn’t there. I stopped and confirmed that indeed the worst had happened…Magnate ventures were at it again.Apparently, they destroy trees on road reserves to erect illegal billboards without City Government Authority.

Anyway, #MagnateVentures is living true to its calling and mission of destroying trees along Major Roads to deliver highly “visible” images of its customers’ products through “strategic positioning” without any regard to the environment.” 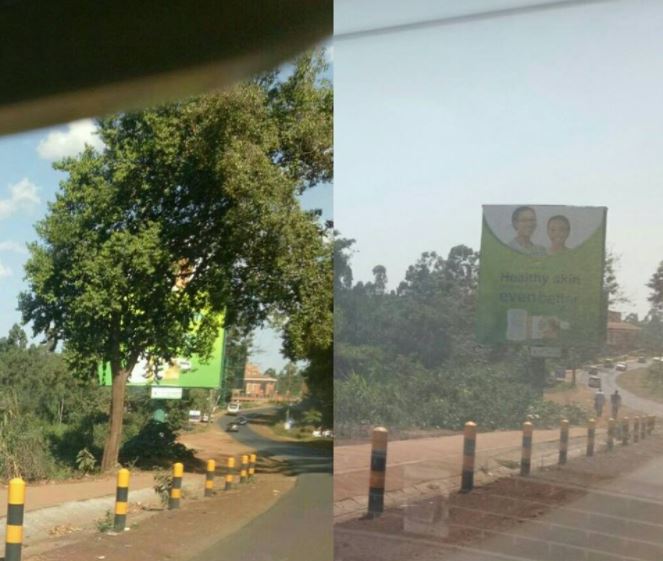 The post has sparked another public uproar and netizens have gone as far setting a day to bring it down.

Loading...
All The Trending Images This Wednesday < Previous
Otiende Amollo Walks Out of NTV Studio After Falling for Fake News Next >
Recommended stories you may like: