Jimmy Wanjigi: Jubilee Government Was Formed Inside My House 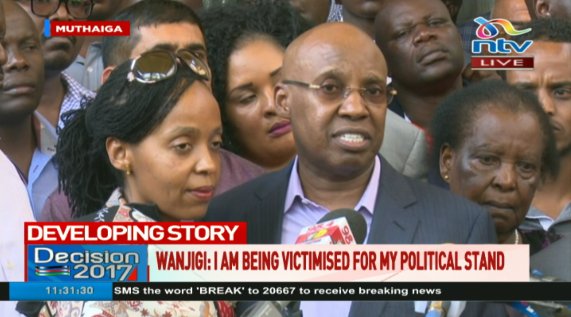 Billionaire wheeler-dealer Jimmy Wanjigi yesterday confirmed what has only been said in whispers, that the Jubilee government was created in his house.

Mr. Wanjigi is well known to be a big donor to presidential candidates, and it was said that he heavily funded Uhuru and Ruto in 2013. This year, he switched his allegiance to Raila, and according to various reports, has funded the Nasa campaign to the tune of billions.

Just a few months ago, not a single media house had Jimmy Wanjigi’s picture. But then when his name started popping up everywhere, he soon made several public appearances. First at the presidential debate at Catholic University, and several times at Bomas during transmission of results. Now that his role in the politics of the day was revealed, he had no business staying away from cameras.

Yesterday, after the police siege at his massive Muthaiga mansion ended, Jimmy Wanjigi and Nasa leaders held a press conference at his house. Also joining them was his wife.

Mr. Wanjigi accused the Jubilee government of persecuting him and his family, only because of his political belief. He said that it is anyone’s democratic right to support any candidate. He said the siege was ‘personal’, especially because both Uhuru and Ruto have visited and dined in that same house many times. 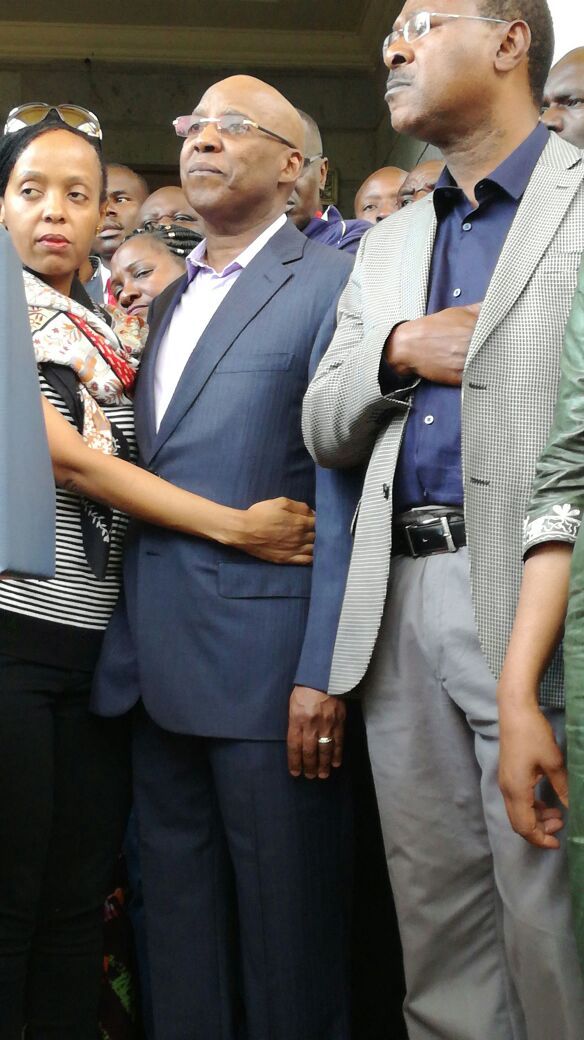 He revealed that the Jubilee government was formed in his house, by virtue of him bringing Uhuru and Ruto to work together. Mr. Wanjigi further revealed that after the Supreme Court ruling in 2013, he hosted both Uhuru and Raila in his house, for the sake of peace in Kenya. He recounted that Easter Monday, wondering why Uhuru would then come back and persecute him.

Raila also spoke at the press conference, where he castigated Jubilee for the ‘wanton destruction’ of a private property. He said that police ignored a court order and continued destroying everything in the house. He revealed that the lights were off and even television sets were not spared.