Itumbi: Raila Has Been Denied 10-day US Visa 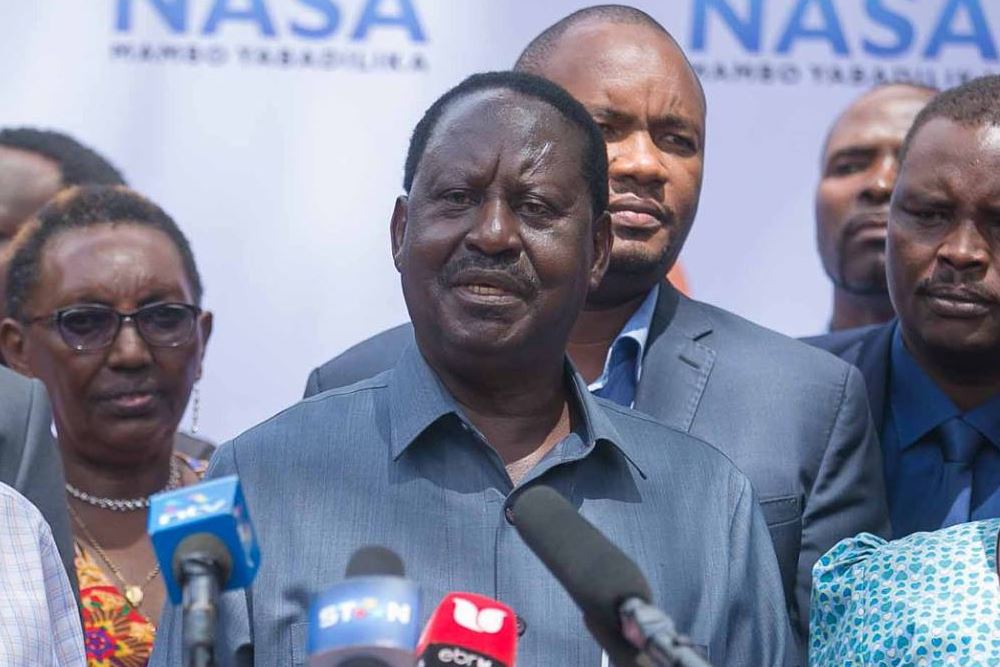 It was an eventful day on Tuesday when Nasa leader Raila Odinga officially withdrew from the October 26th presidential election.

His withdrawal did not come as a big surprise, and was anticipated by none other than the president just one day prior. Raila and the other principals read out a long statement on why they had taken that decision, key among them IEBCs ‘failure’ to implement the irreducible minimums. On the same day, IEBC had actually written to Nasa outlining measures they had taken to implement some of the demands, and explaining why some would be impossible to implement.

Raila’s withdrawal also came on the same day debate started on the election law amendments, which would have boxed him in the race. Should he have waited for the law to come into effect, his withdrawal would have outright translated to Uhuru being sworn in. But as it stands right now, the issue on what happens next is open for debate.

Nasa lawyers are quoting a 2013 Mutunga ruling that seems to point to a cancellation of the election, while Jubilee lawyers are more interested in the constitution that states the remaining candidate be sworn in. Ultimately, the Supreme Court may be required once again to tell us the way forward.

As the day’s drama continued, it was expected that Raila would be flying out to the UK. Initially, it was said he would be gone for a few weeks for non-specified engagements. The only information that was provided was that he would be giving a public lecture at Chatham House in the UK this Friday. No information was given on the rest of the days.

It was rumoured that from the UK, Raila would then fly to the US. But according to Dennis Itumbi, Uncle Sam has denied him a visa.

About two weeks ago, Western diplomats are said to have threatened leaders taking hardline positions that they will not be allowed to step into their countries. It was never confirmed who would be touched by such a move, but it was thought to directly affect the top leadership. Orengo came out gun blazing in one press conference saying that Kenya was a sovereign country and they don’t need to travel to the US.

If Itumbi and fellow Jubilee insider Polycarp Hinga are to be believed, Raila is the first casualty after being denied a 10-day visa to the US. 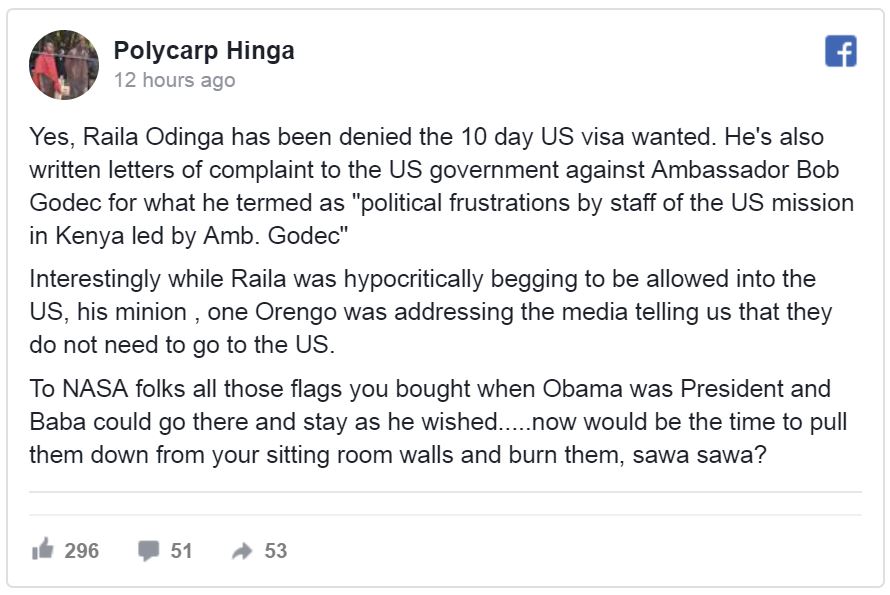