Inspiring: How I Survived My Battle with Prostate Cancer at Age 75 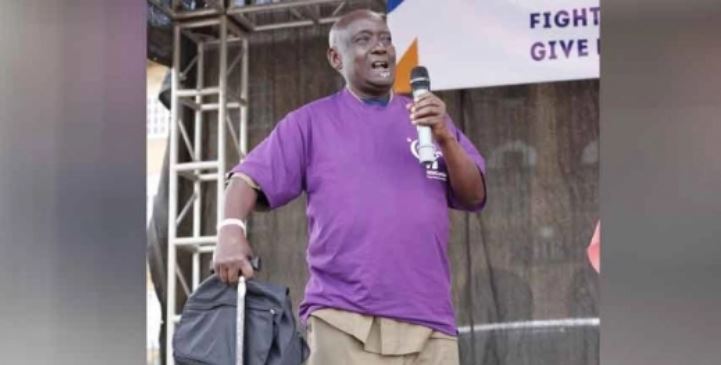 Vincent Ayallo Nyandiegi, 75, was enjoying his sunset years when his bladder started acting up.  In 2014, he was diagnosed with advanced cancer.

Because of the delayed action he has spent his life savings on treatment but had the cancer spread to other parts he would be telling a different story.

He spoke to Sunday Magazine about his battle and subsequent triumph.

“I lost my medical cover after retirement in 1997. In 2006, I decided to get a new cover and went in for a consultation at a local insurance company.

Among the medical tests they required was a prostate exam. Screening is done through a blood test for prostate specific antigen (PSA) levels in the blood.

I was informed that the PSA testing could be affected by age, size of the prostate gland on examination, certain medications I could be on and recent sexual activity.
The test showed that I had a measure of PSA 6. The medic did not explain what this meant and so I went my way thinking it wasn’t a big deal.

In 2014, I noticed that I was visiting the toilet more times than usual at night. I would go to the toilet, pass a little urine, return to bed and feel like going again … about five times in one night.

I went to see a doctor who insisted on a cancer screening. The test showed that I had enlarged prostate glands. My PSA level was 85. The doctor explained that I had advanced prostate cancer.

Two weeks later, I went for another test. I wanted a second opinion. The PSA was 128. A fortnight later, it had gone up to 148.

Then, I became frantic. I started running around, looking for help. All the doctors told me that I had advanced cancer and I should take action as soon as possible.

The medical cost was too much though, about Sh 1.8 million.

An oncologist advised me to go for either radiotherapy or thermotherapy. But, because the cancer was localised, he recommended radiotherapy. Fortunately, the cancer hadn’t spread.

My oncologist advised that I could start treatment, and pay in installments. In December 2014, I started radiotherapy and hormonal therapy.

Before I completed radiotherapy, they tested and found that my PSA levels had come down from 148 to 1.9.

That meant that the radiotherapy had worked. I was advised that I go for a test and a hormonal injection every three months. To date, I still get the jabs and the PSA has remained below 2.

The oncologist told me that had I started treatment when the PSA was 6, they would have done minor surgery and not needed additional treatments.

Because of the delayed action, I have spent my life savings on treatment. Had the cancer spread, I would be telling a different story.

Cancer is costly, especially if it is detected after it has advanced. It is also an emotionally-exhausting experience.

I want people to go for checks, and know that if cancer is detected early, lives and life-savings can be saved.”

Loading...
VIDEO: How Kenyan Mothers React When They Catch You Showing Off Money on Social Media < Previous
Miguna Miguna Now Spreading Fake Gory Pictures… Advocates for Bloodshed Next >
Recommended stories you may like: