“You are a Hero and I Salute You..” Julie Gichuru’s Glowing Praise for Njoki Ndung’u 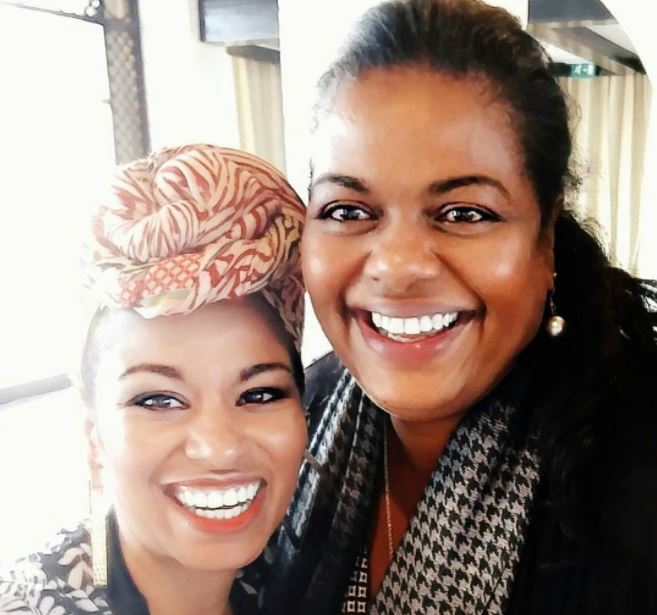 It’s been two weeks since the Supreme Court delivered its final verdict on the annulment of the August 8 election. One of the standout judgments from the judges was, of course, by dissenting Judge Njoki Ndungu.

Unlike everyone else, Njoki Ndung’u was the only one who took the liberty of verifying Orengo’s allegations that Form 34As and 34Bs had numerous anomalies.

As a result, Jubilee supporters hailed Njoki Ndungu while NASA supporters alleged that she had been compromised.

The former Citizen TV news anchor took to social media to pen a glowing post about Njoki Ndungu explaining why she is her hero.

Julie Gichuru not only lauded Njoki’s recent judgment but outlined several other reasons including her efforts in championing women’s rights when she was still a nominated MP.

The post has, of course, elicited mixed reactions from internet users.

“You are my HERO alongside our fellow Loreto sister Wangari Maathai.
I watched you passionately work on the Sexual Offences Bill then present it to a hostile parliament that vowed to shoot down any attempt to protect women. You lobbied tirelessly & against all odds saw the passage of the Sexual Offences Act 2006, an Act that now provides a firm foundation for the protection of women, children & men. Resolute, determined, knowledgeable, principled & purposeful, you MADE A DIFFERENCE.

During the post election mayhem of 2007/2008 I struggled to find Voices of Reason amidst the threatening bray of loud extremists. You spoke up for peace & justice when many others were fearful. You took a NOBLE STAND FOR KENYA.

I watched you work diligently on the Constitution of Kenya Review Commission, making time to inform & educate Kenyans on the content of the draft. When you were concerned that processes were not being followed in the Commission you spoke out, UNBOWED BY PRESSURE & INFLUENCE.

You have delivered the most thorough, detailed & researched dissenting opinion in the Supreme Court ruling on the 2017 General Election. UNBOWED, you have spoken hard truths, for that you are now under fire from some quarters. Such is life.

George Orwell wrote a fascinating essay, Shooting an Elephant. As a young officer in Burma, he was notified of an elephant that wandered into the village. A growing, braying mob that resented him goaded him on, demanding that he shoot the elephant. He knew it was scared, it had caused damage, agitated when it first wandered into the village but now the majestic animal was calm. He felt strongly that the right thing to do was to lead it safely, unharmed, out of the village. But this was not popular with the loud extreme voices of the mob. So, what was he to do?
You, Lady Justice Njoki Ndungu, refused to ‘shoot an elephant’. Most importantly, you took the time, effort & care to give the situation the time, effort & seriousness that it deserved. I salute you!

You are an exemplar. Stand tall as the winds blow. Your foundations are strong, woman of purpose, substance & grace. Stand tall knowing that there are so many more standing with you! ????”