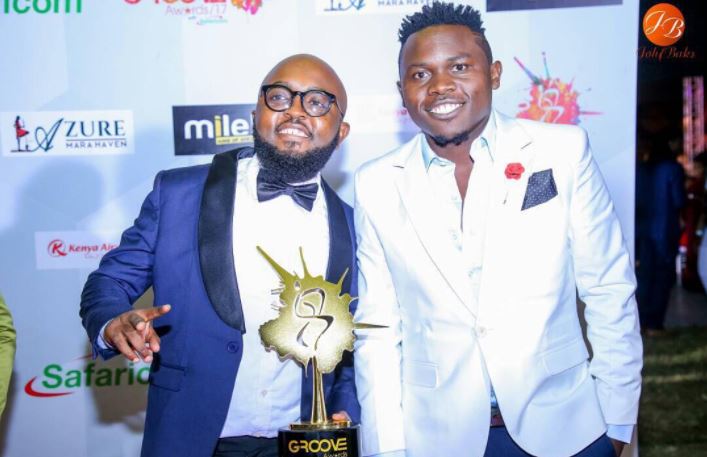 Another one bites the dust!

Sad and disappointing news rocking the Kenyan gospel music industry indicate that award-winning group Kelele Takatifu has split. The duo that brought us hits such as ‘Bamba Mbaya’, ‘Mavuno’, ‘Ngori’, and more recently ‘Aina Noma’, have decided to go on separate ways to pursue solo careers.

While neither James Muhia alias Moji Short Babaa nor Silvanus Otieno alias Didi has confirmed if it is a permanent break, they have claimed that it is a break.

Shortbabaa, however, confirmed that they are in “different seasons” as individuals and will be focusing on solo projects.

The two have been friends for over a decade and started Kelele Takatifu in 2007 while at Chief Koinange high school.

Ove the years, they have scooped numerous awards including last year’s Groove Award for the group of the year. They also boast of three Mwafaka Awards for the years 2012, 2015, and 2016.

They are also credited with infusing a unique style of song and dance into the gospel industry. The news of the split has come as a shocker to their fans but they can find solace in the singer’s respective solo careers.

Of the two, Shortbabaa, 26, has been quick off the mark having already released his debut single – Kuzitoka.

According to the singer, it is a thanksgiving song for how far the Lord has brought him.

Loading...
Comedian Njugush Expecting First Child as Wife Showcases Burgeoning Baby Bump (Photos) < Previous
Cate Gachara, the Mother of Three Who Advertised Herself for Marriage Speaks Up Next >
Recommended stories you may like: