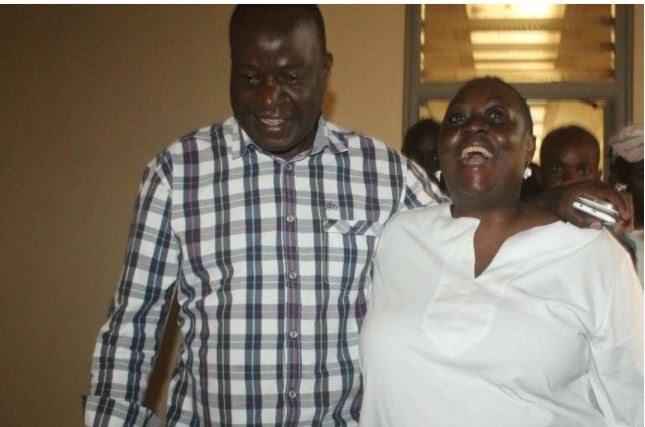 Director of Public Prosecutions Keriako Tobiko has ordered for the “immediate prosecution” of Kisumu Senator Fred Outa and Ruth Odinga over attacks on IEBC officials in Kisumu.

Tobiko, in a letter to DCI chief Ndegwa Muhoro on Monday, said the two leaders should also be charged with obstructing an election officer, malicious damage to property, and entering an IEBC centre without authority.

“Upon analysis of the evidence on the record, the DPP finds the evidence sufficient to warrant prosecution of the two suspects and their accomplices. The suspects should immediately be charged in Kericho law court,” the chief prosecutor said.

Tobiko instructed the DCI to take statements from the complainants to strengthen the prosecution’s case and assist with investigations.

“Record statements from the main complainant who is Diana Odhiambo. Get p3 form on Diana who was allegedly assaulted and whisked away. Get the owner of the damaged property to state the extent of the damage incurred,” he said.

“Get photos and exhibits of the damaged property during the violence.” 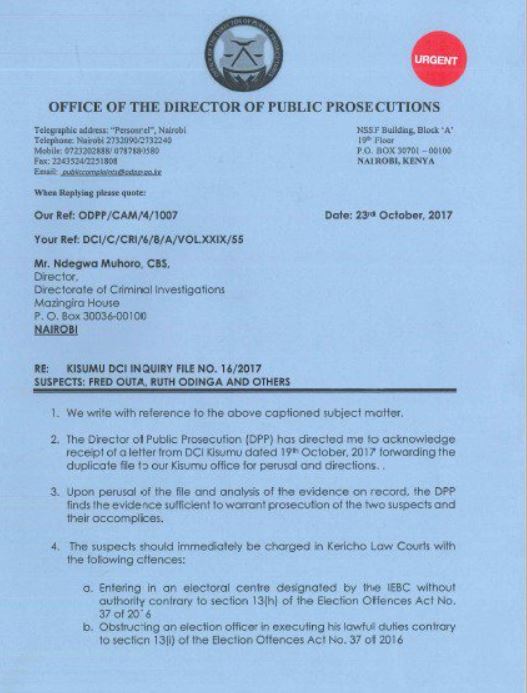 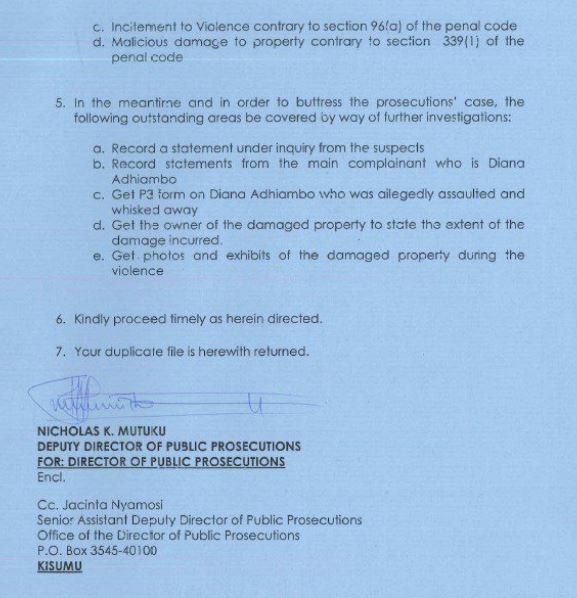