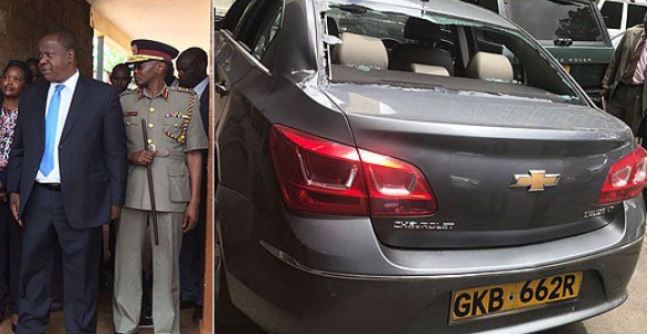 There was drama in Nairobi’s Kawangware area yesterday after a group of residents attacked the entourage of Education CS Fred Matiang’i.

Matiang’i had visited Gatina Primary School in the area to supervise rehearsals for KCPE candidates when the attack occurred.

According to reports, the rowdy group temporarily blocked the CS from exiting the institution. After the CS had finished addressing the candidates, youth who camped at the institution’s gate began chanting “Matiang’i must go”

They then pelted stones at Matiangi’s convoy and blocked roads before police intervened and lobbed tear gas to disperse the crowd.

According to Standard, Matiang’i has since denied being in the motorcade when the incident happened.

“I have been informed that my staff were stoned… but I have no facts about it,” said CS Matiang’i.

The incident comes days after after violence broke out in the area after October 26th election leaving at least three people dead and property worth millions set ablaze.

During the incident, two rival groups clashed in the area, with residents claiming that the outlawed Mungiki sect was sent by a group of politicians to terrorize the residents of Kawangware, a perceived opposition stronghold. 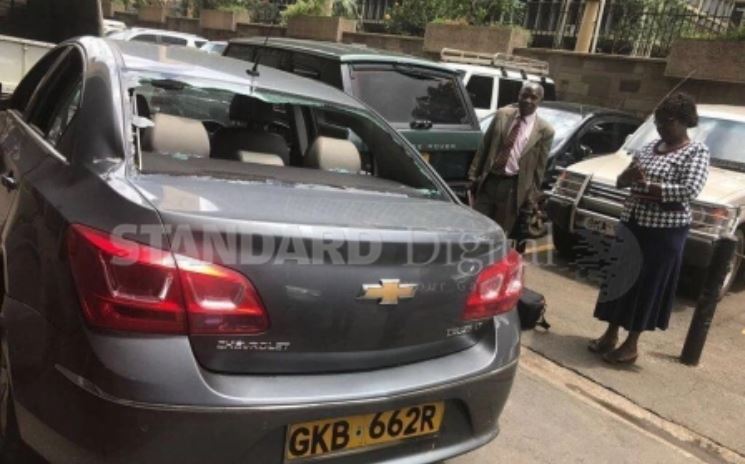 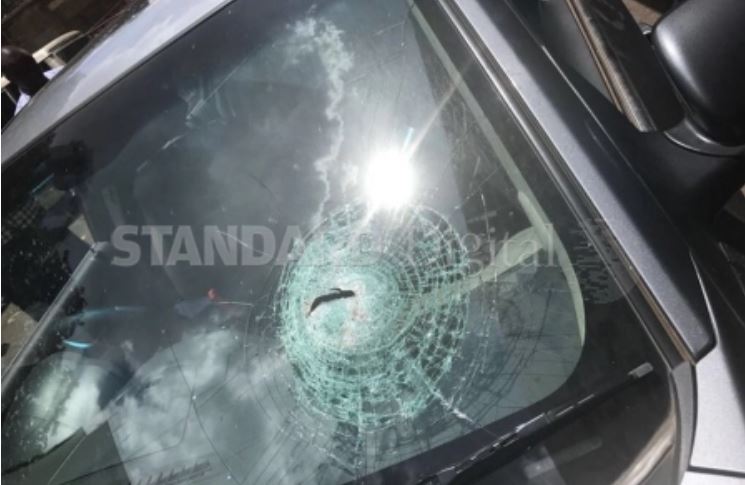 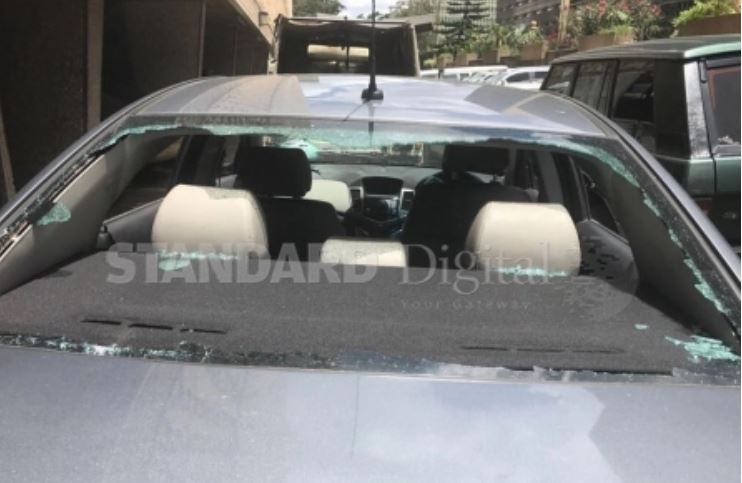