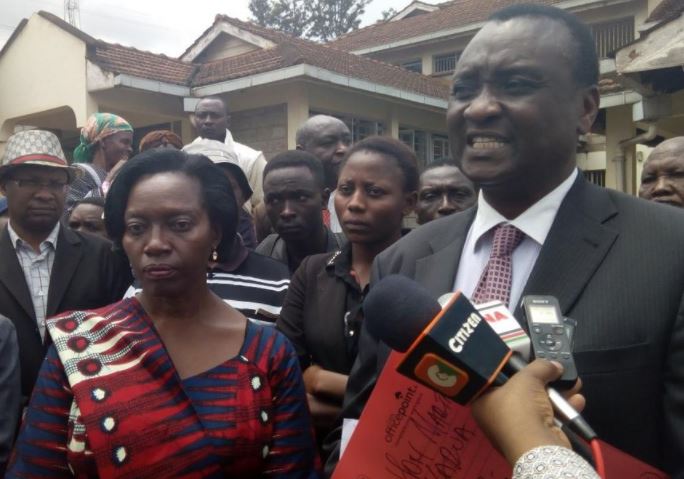 Narc Kenya leader Martha Karua has been allowed by the Kerugoya High Court to access to the Kenya integrated electoral management system(KIEMS).

Lady Justice Lucy Gitari said the read-only access to the KIEMs will be granted from November 03 to November 10 in the presence of all parties and the High Court registrar.

She noted that it is in accordance with the law that election materials be kept safely for a period of two years hence the IEBC should keep the data in the KIEMs.

The judge added that this will be so even if the commission has to configure the kits ahead of the repeat presidential scheduled for Thursday.

She also ordered the electoral body to provide all the forms 37A and 37B used to tally the votes so that the petitioner can scrutinise them.

The court, however, rejected Karua’s request that the location of the IEBC servers is made public.

Justice Gitari argued that disclosing the location could hamper the system’s safety and future use.

In the documents filed in court last month, Karua claimed that forms 37A used during the transmission of the results from the polling stations to the county tallying centre were forgeries.

She alleged that 58,000 votes were illegally entered into the IEBC KIEMs in favour of Waiguru.

The hearing of the main petition in which Karua filed to have Waiguru’s win nullified will commence on November 15.

Loading...
Why Corruption Case Against Gladys Shollei Has Been Withdrawn < Previous
Madness: Nyeri MCAs Nominate 65-Year-Old to Represent the Youth Next >
Recommended stories you may like: