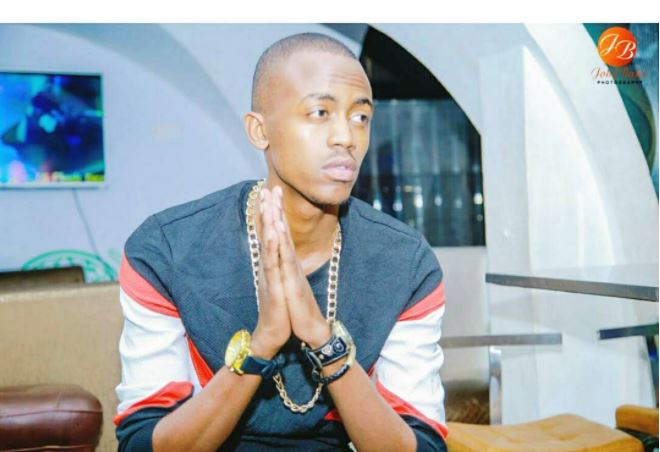 Upcoming gospel music singer Weezdom has opened up about his past struggles with drug addiction.

According to the ‘Amenitoa Far’ singer, he battled the addiction for a long and by the time he checked into rehab, he could not speak.

“The effects of the drugs I was using were bad, juu ni ya kulewesha viungo vyote vya mwili, especially ulimi. By the time I noticed, I couldn’t speak,” Weezdom explained.

The ‘testify’ singer then joined a rehabilitation centre where he decided he would serve God after recovery.

“Nikiwa rehab even before my full recovery I had promised God if he restores me, I will serve him forever. Hata kama ni kukua usher kwa church, I just wanted to serve him. After nilitoka ndio nikaanza kuchase dream ya music.”

The singer also spoke about his fallout with Bahati and his Eastlands Most Blessed (EMB) record label. He claimed Bahati refused to release his music.

“Sikua naelewa the main reason why music yangu haikua inatoka. In 2016, I released only one song. People want to hear more from an uprising artiste,” said Weezdom.

“In October last year, I felt wasted. Bahati alizuilia collabo yangu na one of the top female artistes in the country. It really brought me down and I got frustrated.”

Loading...
Big Chune: Watch Wyre’s Stunning Visuals for Hit Song ‘Number’ – VIDEO < Previous
Nyashinski Bags MTV EMA Nomination, To Battle it Out With Wizkid and Davido Next >
Recommended stories you may like: