Why Corruption Case Against Gladys Shollei Has Been Withdrawn 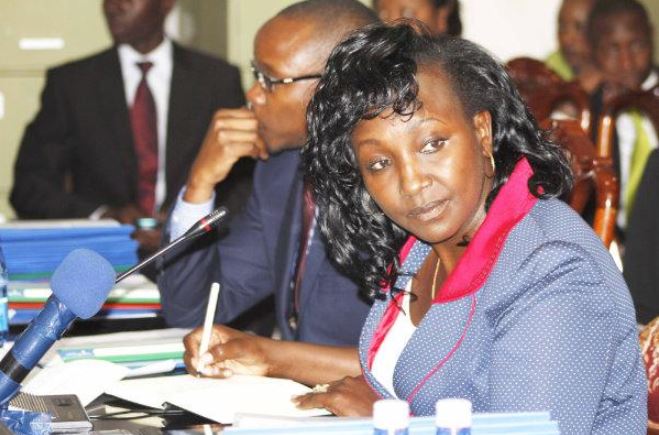 The abuse of office case against former Chief Registrar of the Judiciary, Gladys Boss Shollei, has been withdrawn. This is after a Nairobi magistrate court allowed the chief public prosecutor to withdraw abuse of office and graft charges against Shollei and six others.

Senior principal magistrate Felix Kombo on Monday allowed the Director of Public Prosecutions (DPP) Keriako Tobiko the withdrawal of the case under Section 87a of the Criminal Procedure Code.

The seven were accused of irregularly purchasing a house worth Ksh.310 million for the former Chief Justice, Dr Willy Mutunga. The house in Nairobi’s Runda estate is said to have been purchased from former Machakos Senator Johnstone Muthama.

Shollei had been charged with failing to follow procurement rules in the purchase of the house and the refurbishment of a court building in Mavoko, Machakos County.