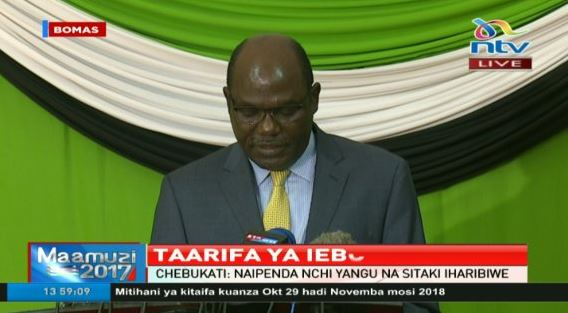 Hours after IEBC commissioner Roselyn Akombe called it quits, chairman Wafula Chebukati called a press conference of his own.

The tone of his statement hinted that he may also resign but he affirmed that he is staying to try and change things. However, most Kenyans felt it is only a matter of time before he also goes the Akombe route.

Chief among his complaints is the partisan approach taken by the other commissioners. He reiterated what Akombe had said earlier in the day, that voting on key issues had split the commissioners into two, with the chairman always on the minority side.

Chebukati further called on individuals adversely mentioned as being responsible for bungling the August 8th election to step aside. Though he did not mention him by name, it was clear top on his list was CEO Ezra Chiloba. Indeed, the chairman has previously tried to sack Chiloba before being out-voted by the rest of the commissioners.

Chebukati said that if everything remains constant, he cannot guarantee a fresh election next week. He urged Uhuru and Raila to sit on the same table so they can talk about the way forward.

Also contained in Chebukati’s speech, but which he omitted from his live press conference, is a section where he says that Raila’s withdrawal should not be ignored. He gives examples of several countries like Zimbabwe and Burundi, whose economies took a big hit after controversial presidential elections. 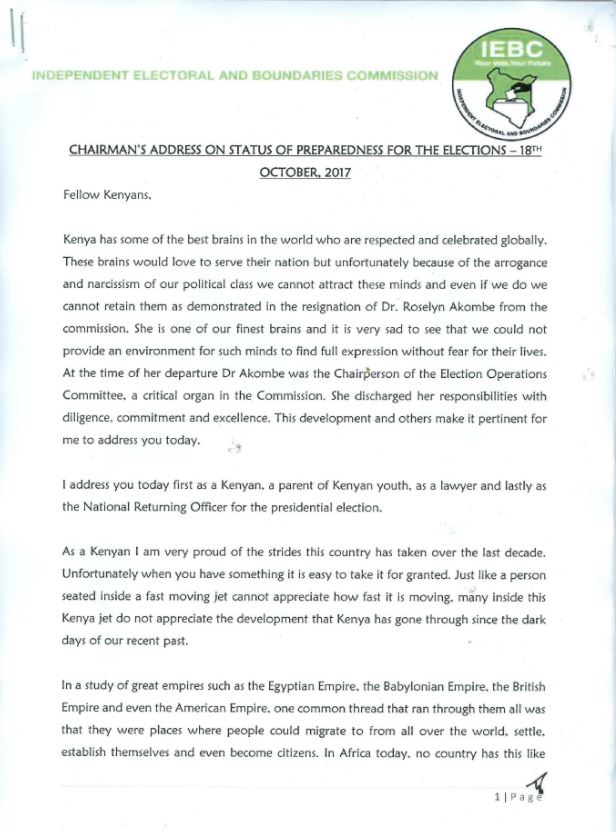 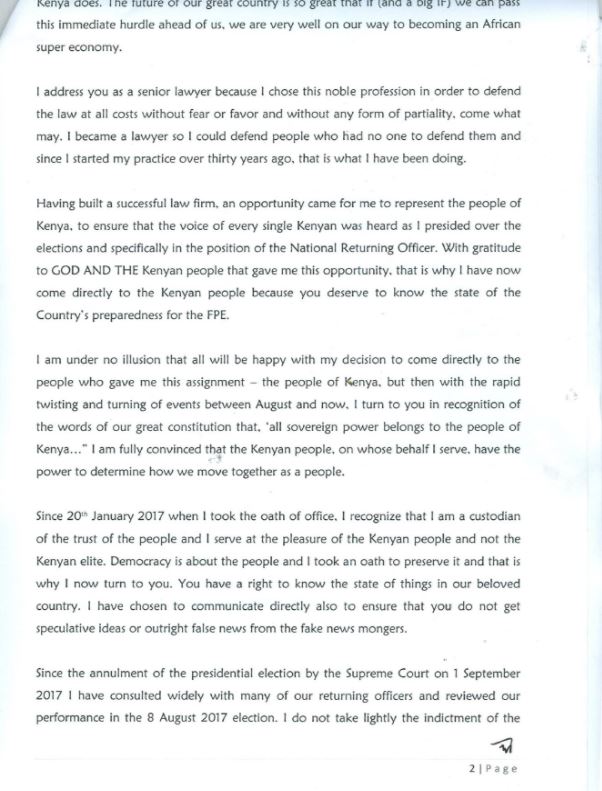 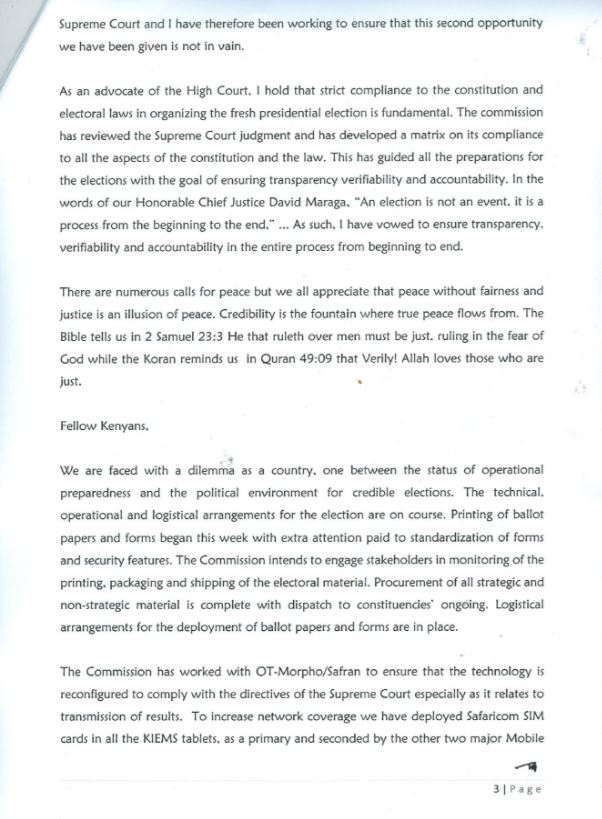 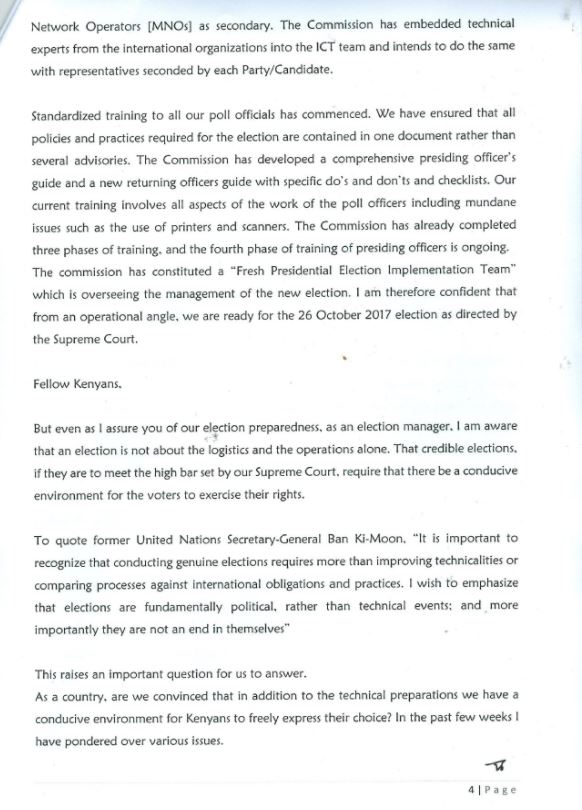 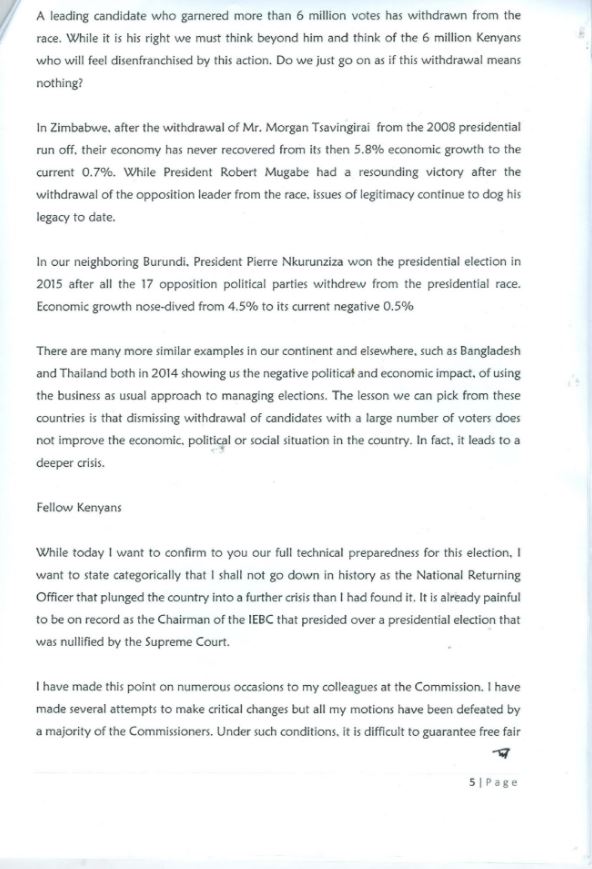 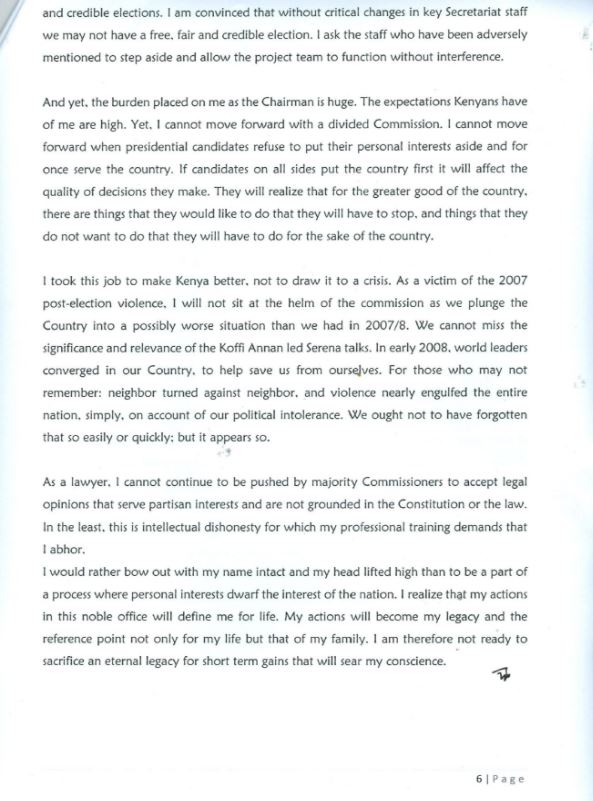 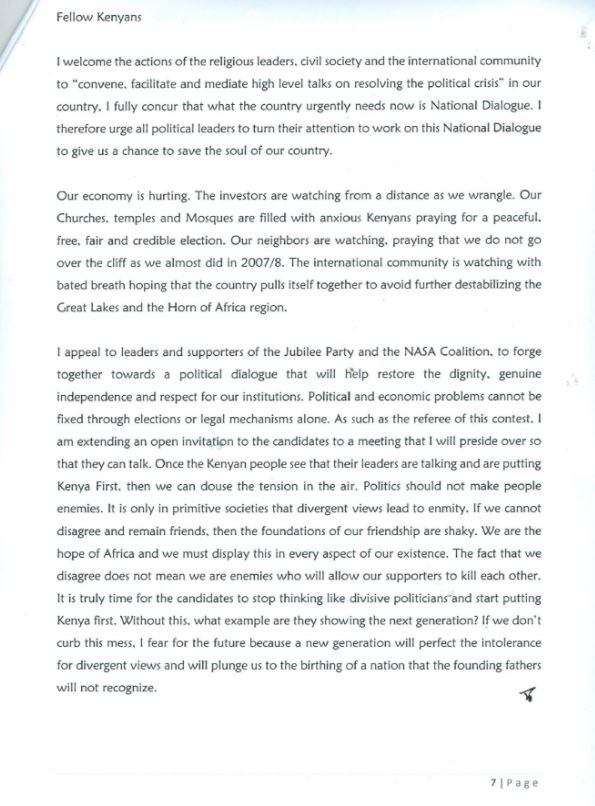 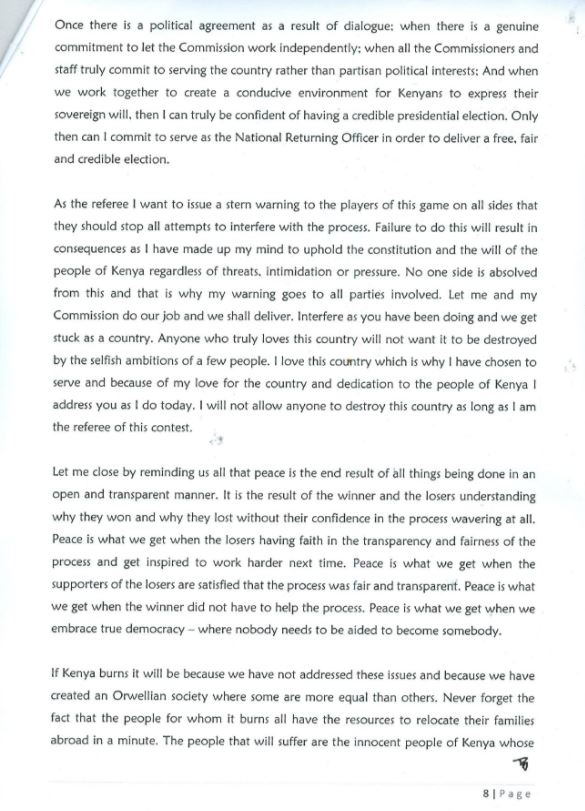 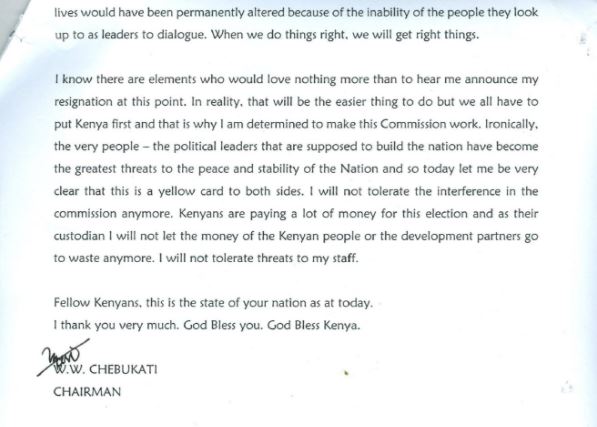 Hours later, Deputy President William Ruto responded to Chebukati on Twitter. He wrote that the chairman should stop lecturing them and continue with his job of overseeing the fresh election. Ruto reminded him that as chairman, he was not doing them any favours and they don’t need any favours. He also reiterated that they won on August 8th fair and square.

Loading...
Jimmy Wanjigi: Jubilee Government Was Formed Inside My House < Previous
The Hottest Stories on the Internet Today (Monday October 23) Next >
Recommended stories you may like: