Boni Khalwale Responds to Jaguar’s Attack With a Savage Reply 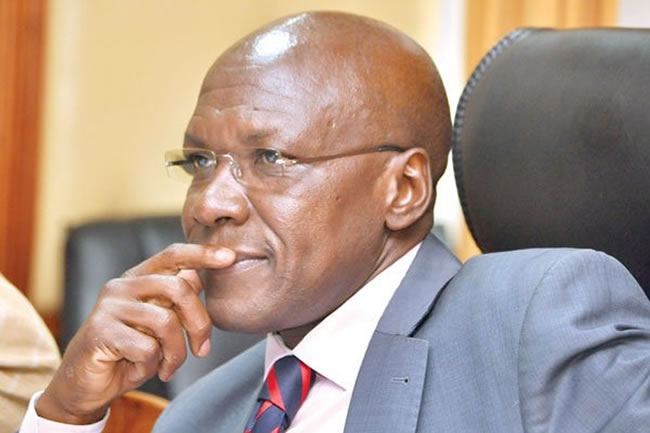 Starehe MP Charles Njagua alias Jaguar is fast learning that Kenyan Twitter is not for the faint-hearted.

No sooner had the singer-turned-politician engaged in an online ‘tweef’ with rapper Octopizzo than he picked a new one with former Kakamega Senator Boni Khalwale.

It started when the ‘bullfighter’ posted a tweet about the dismal number of votes President Uhuru Kenyatta attained from Kakamega County in the repeat election.

According to Boni, the voter turnout in Kakamega was 5.4%.

“I warned @WilliamsRuto that the brokers he was relying on speak only for themselves. Kakamega has 746,800 voters!” He tweeted.

I warned @WilliamsRuto that the brokers he was relying on speak only for themselves. Kakamega has 746,800 voters! pic.twitter.com/q3jMgASkrX

Jaguar hit back, pointing out how Khalwale failed to get votes when he vied for the Kakamega gubernatorial seat.

“He should have used u to get the rest of the votes the same way u got them to be the Kakamega Governer,” Jaguar teased.

He should have used u to get the rest votes the same way u got them to be the Kakamega Governer.

This prompted Khalwale to bring out his bullfighter horns as he hit back at Jaguar with a savage reply.

Honourable, pliz count ua blessings. Eti wewe ni MP! Without those IEBC computers u would now be begging to sing at my son’s wedding https://t.co/W8SJqnVKnq

Here’s how some tweeps reacted to the confrontation between the two leaders.

Respect your seniors. Boni is neither your age mate nor your equal.Ata hapo Starehe he can attract huge crowds that you ever will. Kifaranga

Boni has no manners. Which son wedding? He used to block our cars when he was assistant minister in tena estate in a mpango wa kado house

A rugby referee will call this a NECK TACKLE. Hahaha.

Uncle Boni….. Your chills are also on boycott with that career ending tackle on msanii ????

Hehehe, daktari don’t break my ribs, the nurses are on strike