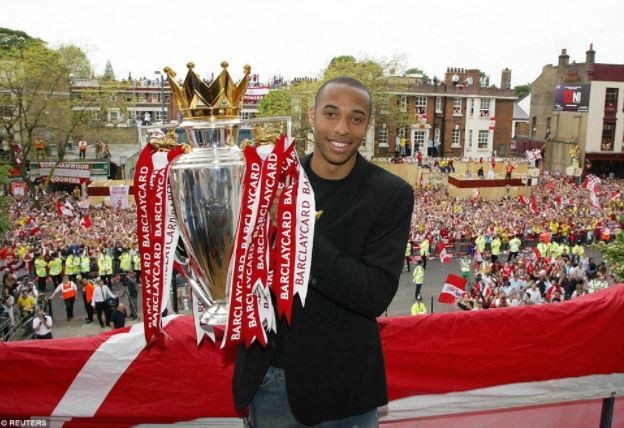 Arsenal invincible Thierry Henry has expressed excitement over his impending arrival in the country in mid-December.

Henry’s highly anticipated tour is part of the Guinness Made of Black partnership with the East African Breweries Limited. The brands will be working with Henry to celebrate the unique passion of African fans while giving Kenyan football fans a chance to meet the living legend in person.

“I am so excited to be working with a globally renowned brand like Guinness. The Made of Black campaign is something I can really relate to,” Henry said.

He added: “This will be my first visit to Kenya and I have heard a lot about the huge passion for football that exists there. I can’t wait to arrive and meet all of the dedicated football fans and hear their stories.”

EABL will be giving football fans a chance to meet Thierry in a new consumer promotion dubbed Be a Front Row Fan, between October 3 and December 8, 2017.

12 lucky Kenyans will have a chance to join Henry in the ultimate fan zone experience when he arrives. For a chance to meet Thierry Henry, just SMS the code under your Guinness crown to 22110.

“We are really excited to be working with such a football legend this year. Henry carved his own path to bring his creative flair to the game, he worked hard to demonstrate and his skill and ability; ultimately changing the way the game was played in England and showing that he was truly Made of Black. He is an inspirational ambassador for our Made of Black campaign.” 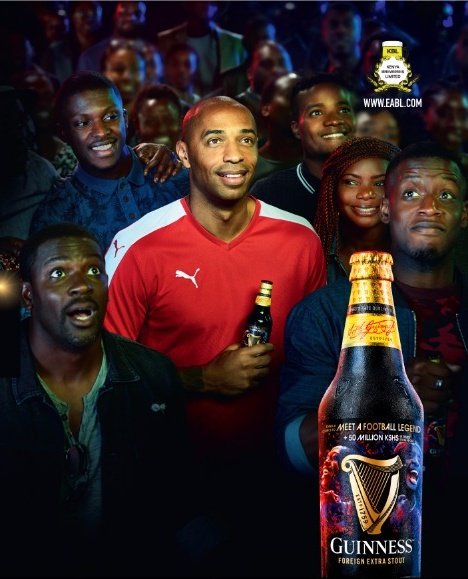 Loading...
POLL: Do You Think Ken Mijungu Will Resign This Sunday? < Previous
How Jubilee is Preparing for Raila’s Election Boycott or Withdrawal Next >
Recommended stories you may like: