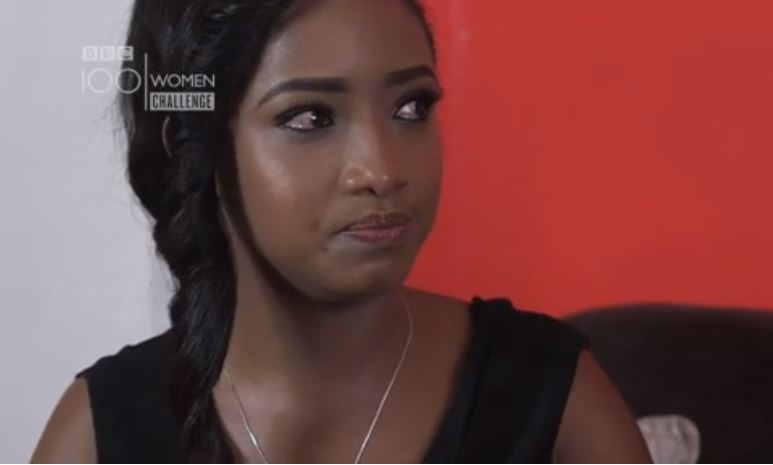 Celebrated TV and radio presenter Anita Nderu has opened up about past incidents in which she was sexually assaulted inside public service vehicles, otherwise known as Matatus.

Anita’s revelation comes days after the Thomson Reuters Foundation released a survey of the safest and worst cities for women in the world. According to the study, more than half of women in Kenya have experienced gender-based violence on public transport.

Speaking to the BBC, the 27-Year-Old Capital FM presenter narrated how a man groped her breast inside a matatu.

“I have been harassed twice in a matatu and once in a taxi. It is a story that I’ll have to remember for the rest of my life which is not fair,” said Anita.

She further revealed that since the incident she has used matatus twice and that she has never been 100% comfortable in matatus again.

“Both incidents happened during the day. It was on my way to work I was just sitting facing the opposite direction and then I just felt something cold on my left boob. I look down and I see a hand,” narrated Anita.

She then confronted the man who in turn responded: “Why do women have boobs then? Are they not there for us to touch them?”

“It is the most helpless feeling because it’s just not fair. You can’t just touch someone without them giving you the permission to do that,” said Anita as she fought back tears.

“He finally removes his hand and I am shouting to the conductor but he is like, ‘There is nothing I can do’,” continued Anita.

“Sharing my story will help other women to come out and share their experience because this is unacceptable and see that is actually a problem.”

Anita Nderu, who co-hosts NTV’s The Trend, was recently named by the BBC together with her Kiss FM counterpart, Adelle Onyango, in the list of 100 most influential and inspirational women around the world.

You can watch the BBC interview HERE