How Woman in Sonko Rescue Team Jobs Scam was Arrested 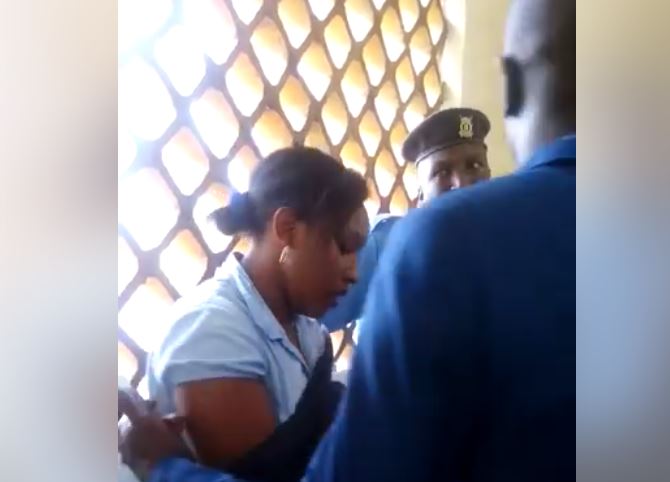 A woman who was arrested for allegedly conning Kenyans in exchange for job opportunities at the Sonko Rescue Team is being held at the Kasarani Police station.

Tabitha Njeri Wanjiru, who was purporting to work for Sonko, had registered over 500 youths in different parts of the city.

The scam started on Tuesday in Umoja where she registered over 257 youth each of whom was required to pay Sh1,500. She then moved to Soweto in Kayole.

“Ms Njeri has been purporting to work for the governor and has been walking in some of the ward administrators offices threatening to hire and fire anyone if they do not allow her to register the youths from their offices,” said Joab Ogolla, who manages the Sonko Rescue Team.

Mr Ogolla revealed that Ms Njeri was arrested on Wednesday in Roysambu after they laid a trap for her.

He said that they were informed of the suspect’s whereabouts by the public and they responded by sending police officers to arrest her.

Zimmerman MCA Pius Mwaura said that Ms Njeri had collected over 60 names in his area and was in the process of registering more when she was caught.

He added that the youths had been informed that the money was for uniforms and they would be paid a monthly salary of Sh 15,000.

Kasarani OCPD Robinson Mboloi said the suspect will be arraigned in court today.

Here’s a video of the suspect in police custody.

Sonko Rescue Team Imposter arrested。。。。Be aware of the Conmen Forwarding this Message..“If you know any Youth in Nbi who is interested in working with Team Sonko as a cleaner kindly inform he/her to register at the County ward office immedietly salary is 15,000/month and only ID card needed””””Conmen Conmen

Loading...
Babu Owino: “Muammar Gaddafi was My Best Friend and He Used to Finance Me” < Previous
Larry Asego Resigns from Classic 105 After a Decade for Embassy Job Next >
Recommended stories you may like: