VIDEO: Chipukeezy’s ‘Muhoho Challenge’ Will Crack You Up 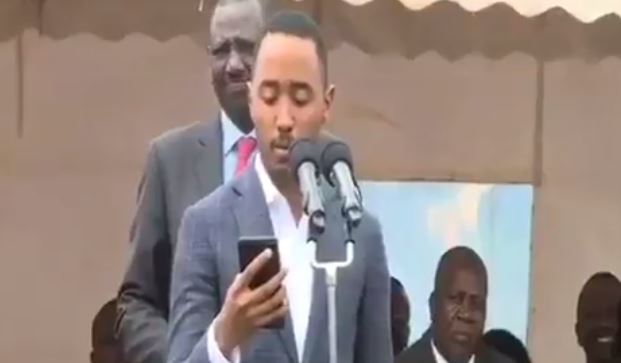 While on a campaign trail in Nandi County alongside DP William Ruto, President Uhuru Kenyatta’s son Muhoho Kenyatta was tasked with addressing a political crowd in Swahili.

Shock on Kenyans as it emerged that the national language is foreign to the youngest child of the President and First lady.

As expected, Muhoho’s speech has sparked quite the buzz on social media and out of it the ‘Muhoho Challenge’ has been born.

Comedians like Propesa and Chipukeezy were among the first to take up the challenge to great comic relief.