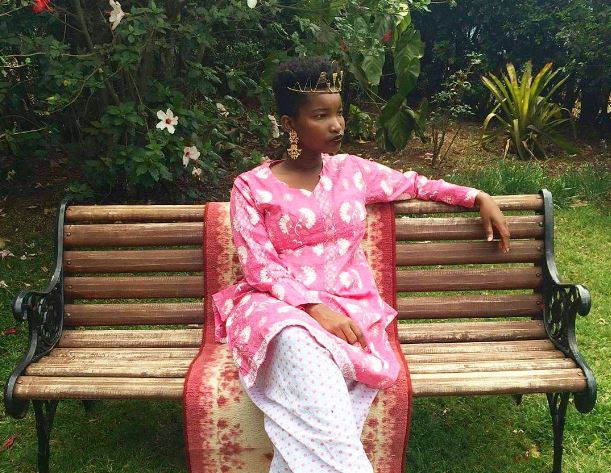 Her striking images depict women as cyborgs with colorful beads around their necks and elders clutching their sticks on board a spaceship.

First shot of the #MaaSci Series. Leave was good. ?

The project portrays the cultural significance of the Maasai people blended with an exploration of time travel and life on other planets.

“I imagine a lot. I observe things around me or on a picture and off-piste the scenario. I sketch, then come back to the idea later and augment it. Sometimes an idea is triggered by a word. The word MaaSci was my main inspiration for this project.

“I greatly admire their aesthetics (the Maasai),” said the artist, adding she is inspired by the late Spanish artist Pablo Picasso.

In MaaSci, Njeri said she used the people to “provide that rich cultural aesthetic to the different science fiction themes represented in the compositions.”

“They [Maasai] represent our culture, our country, but what if we still progressed intellectually without losing bits of what makes us truly Africans”

In future, there will be no female leaders. There will just be leaders. – Sheryl Sandberg . . . #MaaSci

The Afro-futurism enthusiast, who stunned with redesigned old postage stamps earlier in the year, is currently working on a follow-up project called “The Mau Mau Dreams,” an imaginary portrait of what Kenya would look like if it had not been colonized, with the leaders of the Mau Mau rebellion and other Kenyan heroes as the main subjects.”

That should be one to look out for.

Loading...
Hilarious Meme Compilation (Monday September 4) < Previous
All The Trending Images This Monday Next >
Recommended stories you may like: