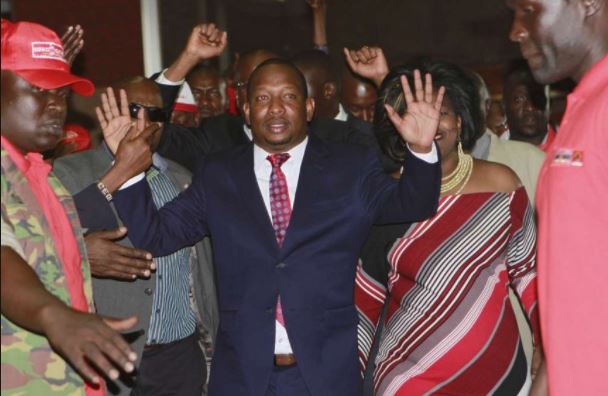 He has suspended the ban for one month to allow ‘self-regulation’ after a two-hour meeting with matatu owners in City Hall on Monday.

Sonko has, however, vowed to enforce the ban if the matatu owners would not have worked out a strategy to manage their vehicles within the one-month grace period.

The County boss further directed that no matatus will be allowed to double park or obstruct traffic within the CBD.

Under the new directive, matatus will also not be allowed to block business premises.

“We have shelved the ban for a month but as a temporary measure to address the issue. There shall be strictly no double parking, no obstruction, no unnecessary U-turns, no noise pollution in CBD and no blocking of business premises as we look for permanent solutions of decongesting our city,” Sonko said.

Governor Sonko had arranged with the national government to provide 400 National Youth Service buses to provide transport in the event of a boycott by the matatu owners.

He revealed that he would also have towed matatus that would have dared to block the roads.

The County government will still deploy 300 traffic marshals on Wednesday to ensure free flow of traffic in the city centre.

Loading...
‘Daughters of Raila’ Wash Cars to Raise NASA’s Campaign Funds – Photos < Previous
Moses Kuria: ‘We Will Do to Raila What We Did to his Father if He Blocks Election’ Next >
Recommended stories you may like: