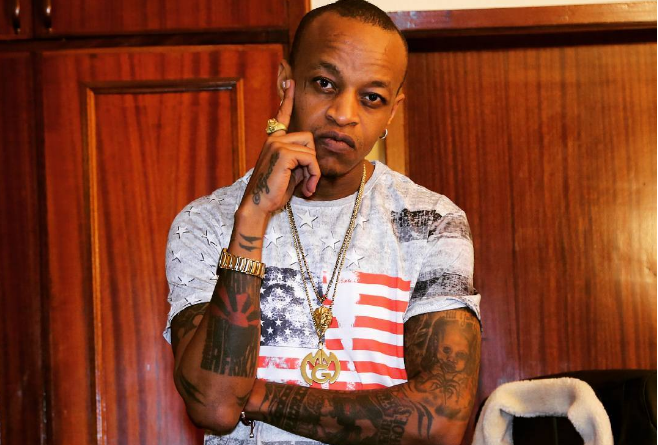 Prezzo has revealed what ended his marriage to ex-wife Daisy Kiplagat.

While speaking to Kalekye Mumo, the rapper said that married life was good but a conflict of interest led to their break up.

According to Prezzo, Daisy hated his brand -Prezzo -something the rapper was not willing to let go off.

“Marriage life was good because I got a beautiful baby girl out of that. But Daisy loved Jackson Ngechu Makini but hated Prezzo but I couldn’t let go of the brand since I took so long to build it,” stated Prezzo.

Prezzo also opened up about a reported custody battle saying that he never went to court.

The rapper added that he is not in contact with his seven-year-old daughter and that his relationship with Daisy is complicated.

“It’s complicated. I think Daisy just needs some time to exhale. I would never ever talk ill about Daisy because she is the mother of my child,” he added.

On allegations that he was violent to Daisy, Prezzo said: “There was no violence. She gave birth to a beautiful girl for me so I have never laid my hands on a woman.”