‘They Did Not Look Like Babies and I Felt Like Running,” Isaac Mwaura’s Wife Recalls Harrowing Loss 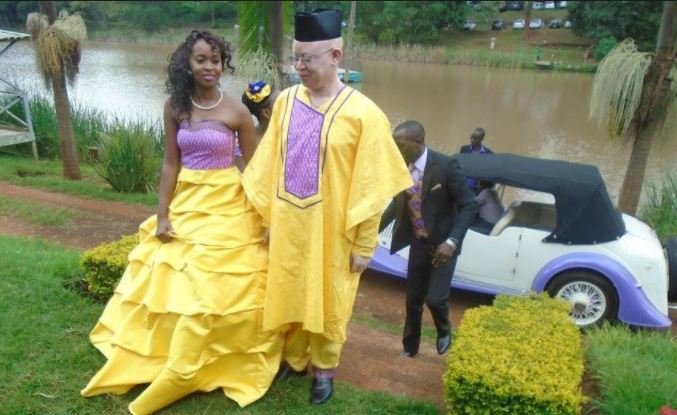 The wife of nominated Senator Isaac Mwaura has penned a revealing article about the loss of the couple’s two babies.

On her blog, Mukami Speaks, Mukami Mwaura disclosed the horror she went through the first time she laid eyes on her triplets.

The couple’s triplets were delivered prematurely and stayed in the Neonatal Intensive Care Unit for 11 weeks before two of them died.

“At 28 weeks pregnant the last thing I expected was to deliver my babies, so when I got strange cramp pains at around 9 pm on Wednesday 18th January, labor was the last thing on my mind. I called my doctor who told me to head to the labour ward, this was not strange as I had been admitted to the labour ward several times before in the course of the pregnancy,” she wrote.

“So once we got to the labour ward they started giving me meds to hold or reverse the labour. By 3am that night I was in full blown labour, at around 7am the doctor checked in and said we would be going into the delivery room for an emergency CS.”

“I woke up a few hours later to find a lot of happiness in the room from my mum, my sister, my mother in law and a few friends. My husband seemed to be in a state of shock and a bit of sadness. I just thought it was the shock of the whole incident but I would later discover the reason of his sadness was because he had seen the children as they were being rushed to NICU,” narrated Mukami.

“I was not able to see my babies until later in the evening as I was transferred to the main maternity ward which was next to the Neonatal Intensive Care Unit. I was helped out of my bed at around 8pm,” wrote Mukami.

“For the longest time I have blocked the memories of this first night because it was horrible. Seeing your child/children for the first time should be a joyous occasion but for me it was one night that I hope to forget. Every time I look back at this night I feel so helpless and disappointed and I can’t help but break down in tears. I never want to go through this again.

“It was a feeling of shock, disbelief coupled by feelings of failure, failure as a mother. I had failed my children, my body had failed me, so many questions ran through my mind when I remember this night. We began with triplet number one (Mwaura Jr) who was at the furthest corner of the first room, then triplet 2 (Njiru) and 3 (Njeri) who were together on neighboring incubators.”

“Small is an understatement, my babies were tiny, a bit wrinkled and covered in cotton wool wrapped in polythene bags to keep them extra warm. They were all intubated and on life support. I was sure this were not my children, they were white with a lot of black hair. They did not look like babies. I immediately felt like running away. Why was I here? These are not my children,” she wrote.

Mukami, with the support of Isaac Mwaura,  later came to accept the state of her premature babies and after seeing other tiny babies fighting for their life at the unit she changed her view of life.

She started her blog as a way to express the hard times she went through in 2017.