Man, 21, Accuses Jubilee MP of Being a Deadbeat Dad, Moves to Court 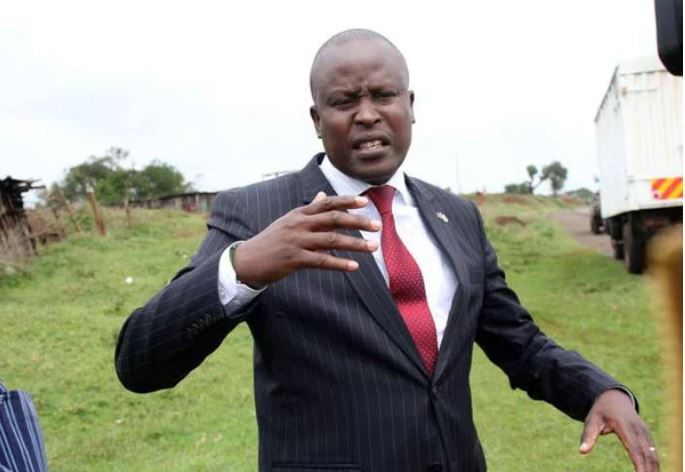 A 21-Year-Old man has moved to court seeking to compel Kieni MP Kanini Kega to recognise him as his son.

Dennis Gitahi Wanjiru, in the case filed at the Children’s Court in Nairobi, claims the MP has refused to take parental responsibility over him.

He alleges that the legislator has left him to live a destitute life following his mother’s death 14 years ago.

The applicant claims he knows the MP well and that efforts to reach him have been futile, forcing him to move to court.

In the court papers, Gitahi alleges that his late mother, Florence Wanjiru who died in 2004, told him that Kega was his biological father.

After the death of his mother, he moved in with his grandmother at Watuka Village in Kieni constituency.

He says his studies were hampered by financial constraints because his mother was just a casual labourer and his grandmother a peasant farmer.

He claims the MP promised to grant him bursary while he was in high school but it has not been forthcoming.

The young man also claims he visited Mr Kega’s office in Mweiga town but security officers prevented him from reaching the MP.

Through lawyer Wokabi Mathenge, Gitahi wants to be recognised and treated equally with Mr Kega’s other children.

He accuses the lawmaker of abdicating his parental duties since birth.

He says even after reaching the age of maturity, the MP is still disinterested, unwilling and avoiding taking up his fatherly role as well.

Loading...
Githeri Man Upgrades to ‘Chapati Man’ After Landing Another Endorsement Deal < Previous
Police Imposter Shot Dead While on Robbing Spree in Nairobi Next >
Recommended stories you may like: