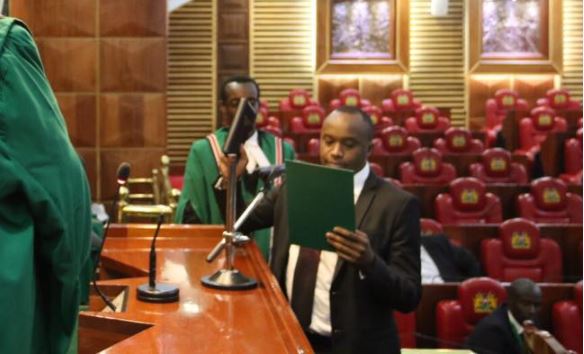 As promised, Jaguar last Friday released a song in celebration of winning the Starehe Parliamentary seat.

While releasing the song, Jaguar noted that his 20-Year music career will continue despite becoming a member of Kenya’s National Assembly.

“It’s now close to two decades since I first set foot into a recording studio. I thank God for this gift that has over the years been an inspiration to millions of listeners in my country and beyond.

“I thank all those who’ve walked with me through my musical journey; My overwhelming fans, fellow musicians, producers, deejays, presenters, promoters, corporates. To assure you I will not quit on music,” said Jaguar.

The song, recorded and produced at Main Switch Studios, has been receiving mixed reviews.

Loading...
The Hottest Stories on the Internet Today (Monday September 4) < Previous
Former Video Vixen and Dancer ‘Toxic’ Set to Wed Mzungu Lover in the UK Next >
Recommended stories you may like: