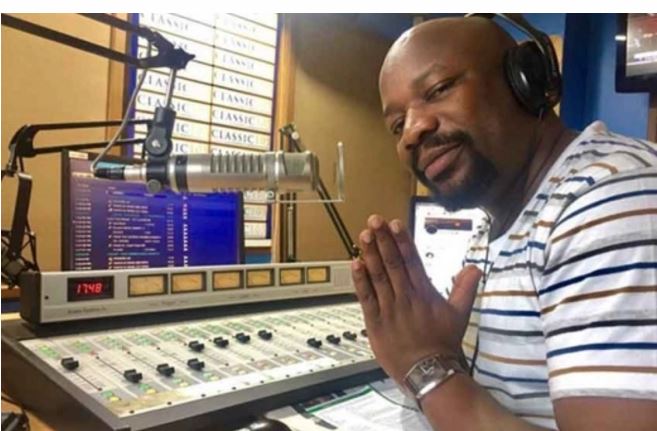 Classic 105 radio presenter Larry Asego has left his job at the station.

The media personality, who hosted the Larry Nick and Friends show, announced his departure while standing in for Maina Kageni.

He also took to his social media pages on Thursday to issue a statement.

“I’ll ever be grateful to @Classic105Kenya and @Kiss100kenyaAlways leave a smile on someone’s face whenever you can,” he tweeted.

I’ll ever be grateful to @Classic105Kenya and @Kiss100kenya Always leave a smile on someone’s face whenever you can. pic.twitter.com/RVQeerdBMp

On Instagram, Asego wrote: “Has it been 10yrs already? Ama nimehesabu vibaya? ???Let me say thank you very much for the opportunity.”

Has it been 10yrs already? Ama nimehesabu vibaya? ??? Let me say thank you very much for the opportunity.

At Kiss 100, Asego co-hosted the Big Breakfast alongside Caroline Mutoko and Jalang’o, who is now at Hot96.

According to unverified reports, Asego is moving on from the entertainment industry for a lucrative job at the French Embassy in Nairobi.

His exit from the Radio Africa Group owned station comes six months after the resignation of  Nick Odhiambo, who filled Jalang’o’s void at Radio Maisha.

Loading...
How Woman in Sonko Rescue Team Jobs Scam was Arrested < Previous
“Return to Work in a Week or Face the Sack” Governors Tell Striking Nurses Next >
Recommended stories you may like: