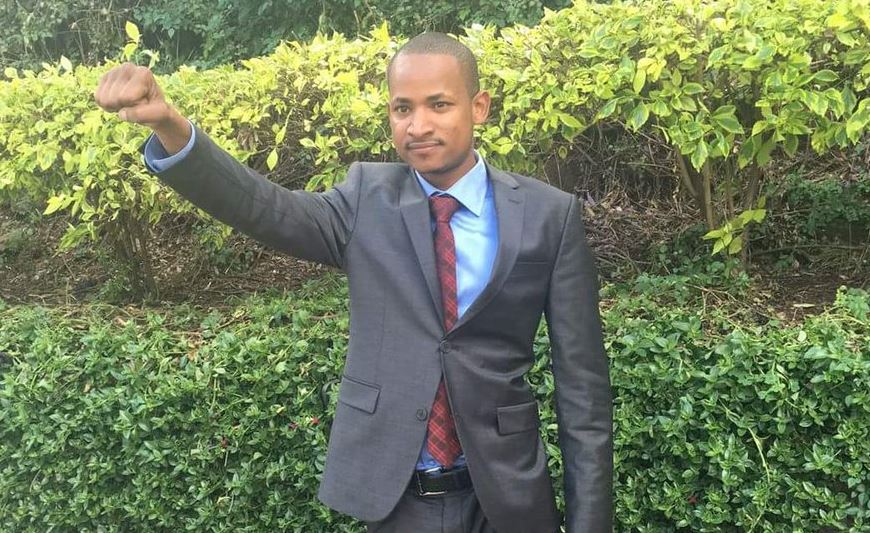 In a rally on Sunday, Babu compared Uhuru to several African presidents who were removed from office by citizens, after extending their stay. He mentioned the likes of Gaddafi, Gbagbo and Jammeh of Gambia. To drive the point home, Babu then called Uhuru ‘mtoto wa mbwa’.

This did not go down well with Jubilee politicians and supporters, with none other than Moses Kuria (ironically) calling for his arrest. On Facebook, Kuria wrote:

I still hold you in high regard. The cell number 4 at Pangani which has hosted me frequently is waiting for Babu Owino. I trust this will be done today to save me unnecessary time, effort and resources tomorrow

Passaris released a statement on Twitter apologizing to Uhuru’s mother and former First Lady Mama Ngina Kenyatta. She said the disrespect is not a reflection of principals envisaged by Raila and Nasa. 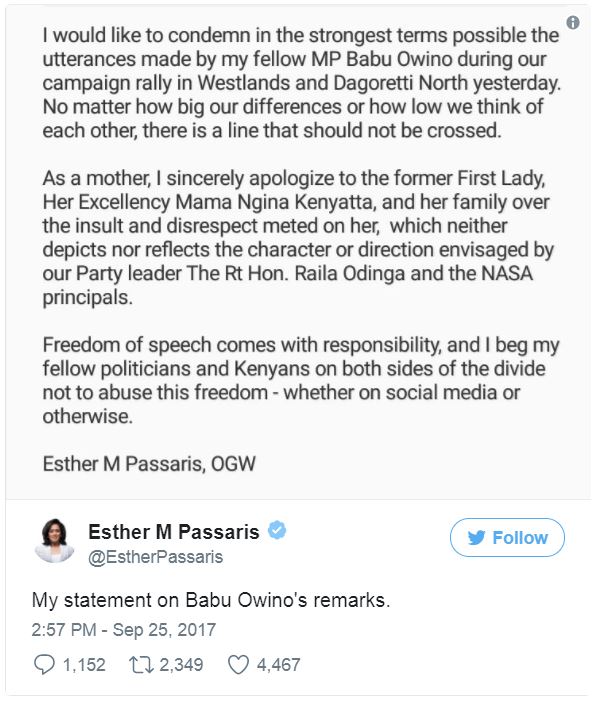 While campaigning at Chuka University, President Uhuru also mentioned the incident in passing. He said that Nasa are champions of insults, and they have now deployed their disrespectful young members to insult him. 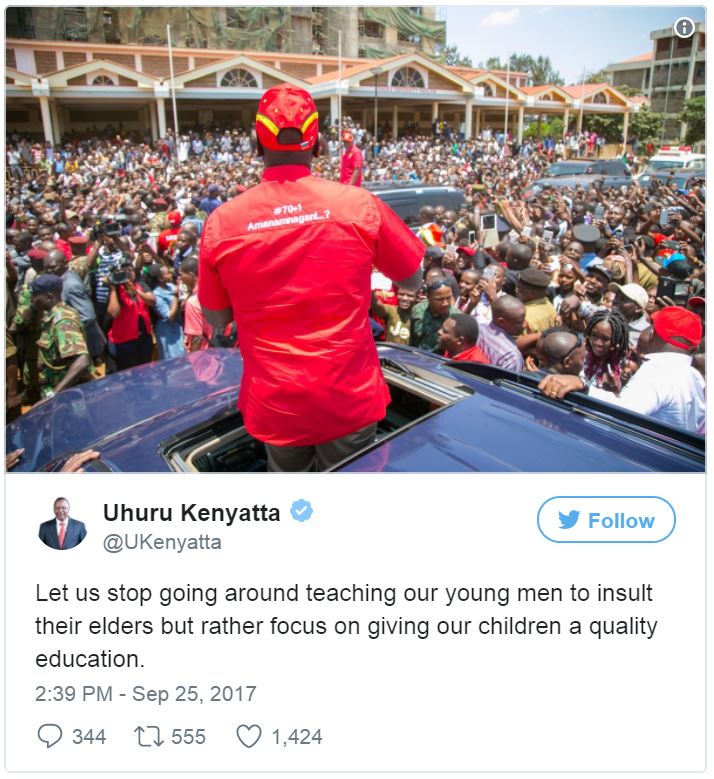 Eventually Babu was arrested and was expected to be charged today.

Loading...
Despite Overwhelming Public Disapproval, Raila Set To Hold Sheesha Tuesday < Previous
Dida: I Will Vote for Uhuru if He Goes for a Drug Test… How Can Eyes be Red 24/7? – VIDEO Next >
Recommended stories you may like: