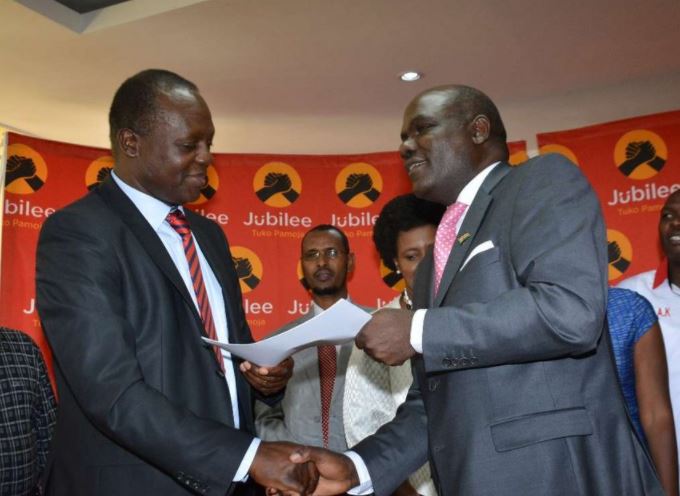 The ruling party Jubilee has rejected the Project team that was named by the IEBC chairman Wafula Chebukati to oversee the October 17th presidential elections.

Through its Secretary General, Raphael Tuju, Jubilee claims the current team, picked on Tuesday, is known to be partisan.

The party claims that they have received credible information to substantiate their claims.

According to Jubilee, their rejection of the team was due to the fact that the nullified election was linked to the commission’s staff.

“Given the fact that acts of omission or commission that rendered the [August 8 general] election null and void originated from the IEBC staff, we hereby register our strong objection to the deployment of the above to be in a position to run the process.”

The list of the said partisan members was listed in a letter addressed to Chebukati. 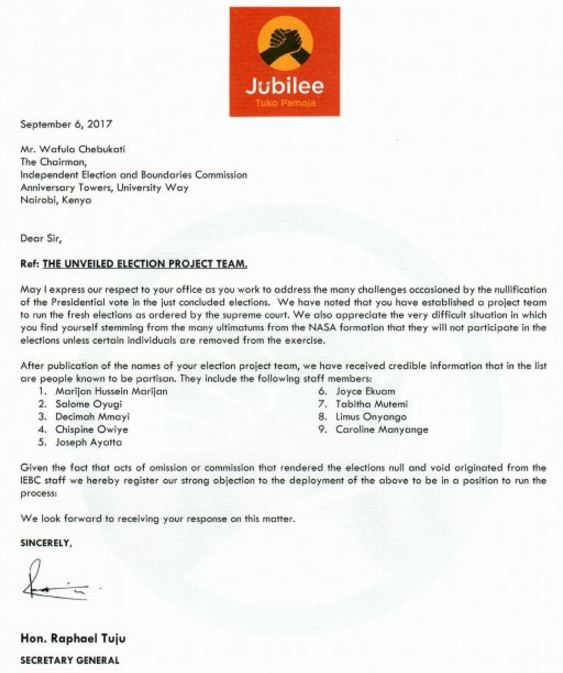 Loading...
Hilarious Meme Compilation (Thursday September 7) < Previous
NTSA Set to Roll Out Electronic Chip Licence Next Month Next >
Recommended stories you may like: