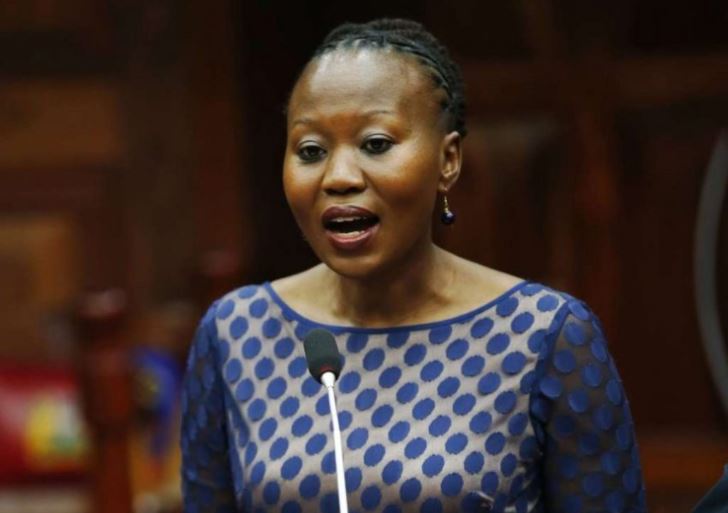 By the close of business Sunday, Kenyans on social media had fallen victim to another case of fake news, this time involving IEBC commissioner Roselyn Akombe.

In one of the said conversations, Akombe purportedly assures Orengo that she will leak a memo on CEO Ezra Chiloba.

The memo, which she later allegedly leaked via WhatsApp, contains supposed information on the indictment of Chiloba over election malpractices.

In another conversation, Akombe allegedly instructs Wafula Chebukati’s personal assistant Gekara Muoni to send the memo to an ODM operative.

Here is one of the viral posts on Facebook 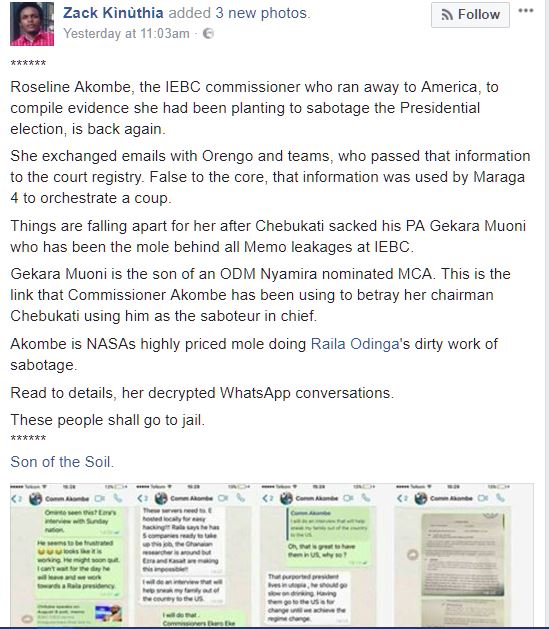 Responding to the damning screenshots, Akombe termed them a smear campaign aimed at tainting her image.

In a statement to media houses, the commissioner insists that the messages are false and do not represent her views, adding that she is an impartial public servant.

She noted that this is not the first time such malicious allegations have been leveled against her.

“This is not the first time this has happened and previous similar incidents have all been proven false,” she stated.

“It is sad that many Kenyans are still falling for such deception, which only serves to divide the country.”

She called for full investigations into the source of the posts saying it amounts to cyberbullying.

Read her statement below. 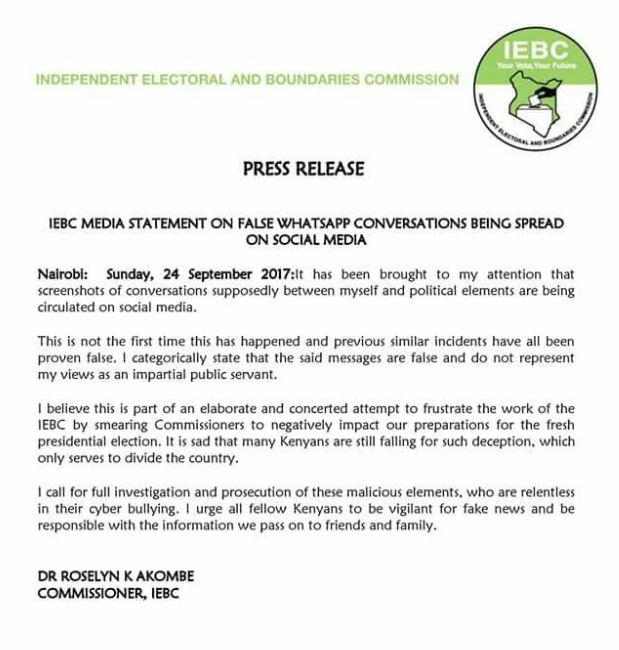