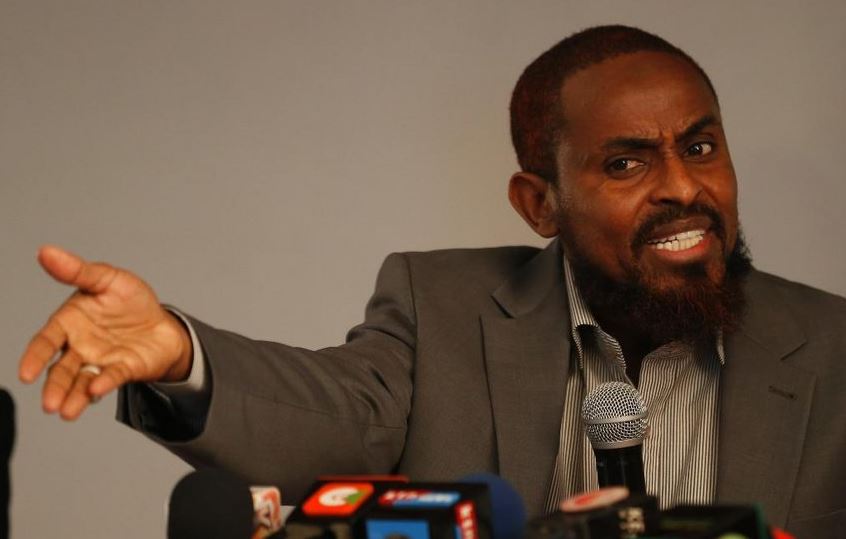 Dida, who emerged 4th in the August 8th election with 38,000 votes, condemned the planned demos by Nasa to remove certain individuals within IEBC from office.

He said that the economy has suffered for too long and urged Raila to call off the demos. Dida further said that IEBC misinterpreted 2013 Supreme Court definition of ‘fresh election’, adding that he expects his name to be on the ballot.

Dida, who is not known to mince words, also had some flattering and no so flattering words for President Uhuru. He said that he believes Uhuru is potentially a good man, and would actually vote for him. But on one condition. The president must undergo a drug test.

“I will vote for Uhuru Kenyatta if he goes for test(ing).. mkojo na damu and he’s free.” he said. “How can your eyes be red 24/7?… If the doctors can tell us he is naturally like this, then we will question nature at a later stage.”

Abduba Dida promises to vote for Uhuru if he undergoes anti-doping test pic.twitter.com/UVcmdELSI3

Loading...
“Kijana Bila Adabu..” Uhuru Responds To Babu Owino < Previous
The Hottest Stories on the Internet Today (Wednesday September 27) Next >
Recommended stories you may like: